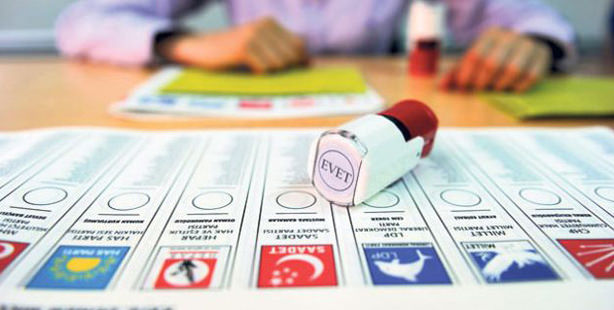 The prominent Turkish polling company GENAR, has noted a 10 percent rise in the number of AK Party votes, compared to the 2007 local elections.

GENAR's president İhsan Aktaş says their latest poll for the March 30 local elections placed the AK Party ahead of the opposition at 48.8 percent.

In a GENAR poll conducted prior to the Dec. 17 operation, the AK Party took 50.2 percent of the vote. The main opposition, the Republican People's Party (CHP), only received half a percentage point increase, reaching 28 percent.

The Gülen Movement, once lauded for its charity work and educational institutions in far-flung corners of the world, has morphed into a politically motivated body. Aktaş says public perception of the movement was initially affected by the intimidating Ergenekon and Balyoz trials, where people were wrongly investigated for involvement in coup. "Following those trials, the police and judiciary were regarded as above the state. The Gülen Movement threated and intimidated people. It used to be a religious congregation representing Turkey well. Now, it has lost this quality," Aktaş said.

As for voting figures for other parties competing in local elections, the Nationalist Movement Party (MHP) followed CHP with 13 percent of the vote. The pro-Kurdish Peace and Democracy Party (BDP) secured the fourth spot with 6.5 percent.