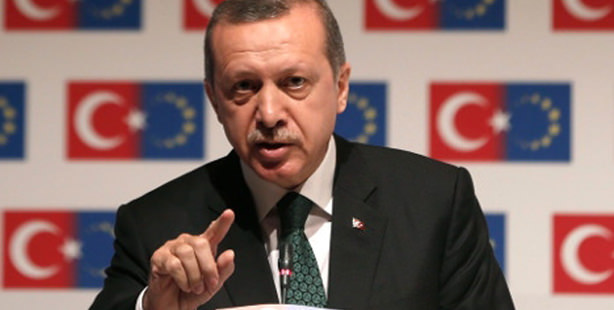 Turkish Prime Minister Recep Tayyip Erdoğan will travel to Berlin on Feb. 3-4 for a working visit to re-energize his country’s relations with Germany. The event represents the first senior-level visit from the Turkish side after the German parliamentary elections last September where Chancellor Angela Merkel secured a third consecutive term in power.

On Feb. 4, Prime Minister Erdoğan will meet with the German leadership including Angela Merkel, Vice Chancellor and SPD leader Sigmar Gabriel and Foreign Minister Frank-Walter Steinmeier. Erdoğan is scheduled to speak at the German Council on Foreign Relations (DGAP) and meet with the local Turkish community at an event organized by the Union of European Turkish Democrats (UETD). The two countries' premiers are expected to discuss bilateral relations as well as Turkey's EU membership bid and international issues.

Earlier this month, Prime Minister Erdoğan visited Brussels in order to reinvigorate his country's relations with the European Union and ease the concerns of EU officials regarding the Dec. 17 operation. Following deliberations in Brussels, Erdoğan told reporters that he had convinced European officials about the existence of a "parallel organization" within the state that abused its official powers to further its own agenda. "I told them about the parallel organization. After giving them some examples, they too were very disturbed. I think that they have been convinced." Erdoğan also emphasized the need for a separation of powers in Turkey, saying, "The judiciary should not go beyond its defined mission and mandate," alluding to the Dec. 17 operation.

Similarly, EU Minister Mevlüt Çavuşoğlu described Erdoğan's visit to the Brussels as "extremely successful" while noting that EU membership continued to be "an indispensable goal" for Turkey. A week later, French President Francois Hollande cautiously backed Turkey's aim to join the EU and remarked that "the negotiation process must allow Turkey to develop and show what it is capable of achieving. This is the answer that the Turks must provide," during an official visit to Turkey. Hollande also expressed his belief that the EU can assist Turkey's transformation thanks to the accession process and underlined that France will "not be in a position to stop the negotiation process".

Prime Minister Erdoğan presently wishes to get Berlin's support to reinvigorate EU relations. The Turkish side wants to open chapters 23 and 24 that respectively relate to the judiciary and fundamental rights, and justice, freedom and security, by the end of the year. However, Germany's overall negative stance on Turkey's EU membership shows no signs of change. While Chancellor Merkel had long been skeptical about Ankara's efforts to join the Union, she revised her position and expressed support for reviving Turkey's stalled membership talks during her last visit to the country. "We want the process to advance despite the fact that I am still skeptical about Turkey's full membership to the EU," Merkel said following talks with Erdoğan in March 2013. Despite the positive rhetoric, Germany did not allow Turkey's accession talks to restart as major urban revolts broke out in the candidate country during the summer season. The German government delayed the Union's continuation of membership talks with Turkey until October.

Unlike Merkel's Christian Democratic Union, the Social Democrats' Frank-Walter Steinmeier, who currently serves as foreign minister of the coalition government, has traditionally been supportive of Turkey's EU bid. Despite his earlier position, the German foreign minister seemed to have changed his mind after the Dec. 17 operation. With regard to recent relocation of police officers and reshuffling of the judiciary, Steinmeier remarked, "Nobody says that the perspective of opening new chapters should be taken back, but such a debate will not be avoided if there are no satisfying answers," shortly before Erdoğan's first Berlin visit since 2009.

Based on recent tensions between the two governments, Prime Minister Erdoğan might face heavy criticism from his German counterparts during the upcoming visit. Foreign policy expert İlhan Turan from the Free University of Berlin agrees. "German politicians expressed their serious concerns regarding Turkey several times. Under current circumstances, Merkel will be unlikely to change her negative attitude on Turkey's EU accession process. She might even be more compelling and negative," Turan commented. The German media views developments since Dec. 17 as a power struggle between the AK Party and Gülenist operatives within state bureaucracy and interprets the upcoming visit as part of Erdoğan's election campaign to reach out to European Turks prior to the upcoming presidential race next summer.

Based on early indications, Turkish officials will have to persuade their German counterparts regarding last year's Gezi Park incidents and the Dec. 17 operations in order to secure their support for Turkey's European Union membership bid.