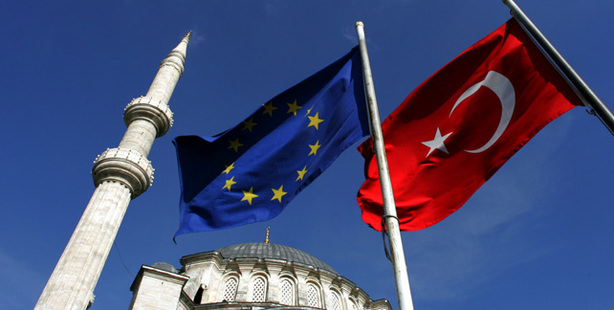 In 2012, Turkey was second in the number of European Convention on Human Rights (ECHR) violations with 18,000 cases. The number of cases dropped to 11,000 the following year, an indication that the recognition of the individual right for application to the Turkish Constitutional Court led to this decrease. Moreover, the creation of a new compensation commission at the domestic level also enabled the court to redirect over 2,500 pending applications back to the Turkey. Furthermore, Turkey's much-debated fourth Judicial Package that passed into law last April also helped this positive outcome. The fourth judicial package intends to eliminate human rights violations, especially regarding the situation of offenders charged with membership to a terrorist organization.

The adoption of the fourth Judicial Package by the Turkish Parliament was also welcomed by the European Union. EU commissioner for enlargement, Štefan Füle stated that the adoption of the package was an extremely positive progress, and expressed hope that the basic rights problems in Turkey would be solved with this package. Human rights expert Yavuz Güçtürk from the directorate of Law and Human Rights at the Foundation for Political, Economic and Social Research (SETA) agrees. ''The fourth Judicial Package, covering the amendments in the Turkish Penal Code, Code of Criminal Procedure and a series of reforms, was adopted to improved Turkey's human rights status at ECHR,'' Güçtürk stated.

The human rights expert also remarked that Turkey's ongoing Peace Process that ended the conflict in the South-East region of the country significantly reduced human rights violations. The continuity of this process may further improve Turkey's status at ECHR. However, the reforms taking into account ECHR court decisions should continue, he suggested.

Turkey's ruling AK Party claims it has made substantial progress in improving the human rights situation in the country. Prime Minister Recep Tayyip Erdoğan announced the last democratization package on Sept. 30, while emphasizing that the government is keen to take further steps toward democratization. He referred to the reforms as a "silent revolution" and said that more would follow. Accordingly, political sources in Ankara confirm that the government has been working on a comprehensive reform package which will meet expectations from different social groups. Sources claim that the administration will announce its reform agenda prior to the upcoming local elections on March 30.