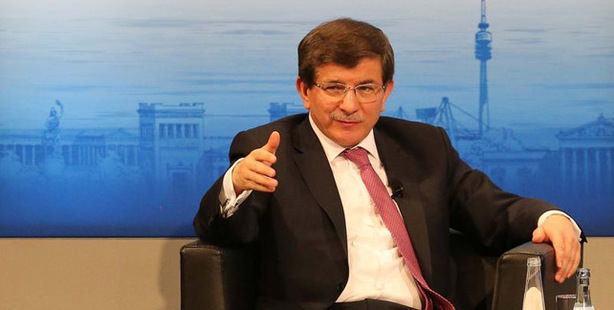 Turkey's Foreign Minister Ahmet Davutoğlu harshly criticized the failure of the world community and United Nations to end the bloodshed in Syria, forecasting that one day a U.N. chief will apologize for it, at Munich Security Conference (MSC) on Sunday.

"The international system is failing as it failed in Bosnia for three years and in Rwanda for many years," Davutoğlu told the MSC. In reference to the U.N.'s apology over its failure to act on time in Bosnia, he said "one day another U.N. secretary general will go to Homs, to Yarmuk and will apologize".

The U.N. is the leading global organization to maintain world peace, yet its lack of action to maintain world peace is not criticized by Turkish officials alone. In last September, Saudi Arabia officially turned down its seat at the U.N. Security Council to protest the council's efforts on the Syrian civil war. Moreover, critics of the U.N. argued that the organization was completely ineffective in preventing the genocide, and that military intervention in Bosnia, Rwanda, Darfur, Sri Lanka and many other places was unsuccessful.

Consisting of 192 members, the U.N. has been largely successful in ending various conflicts and wars, while critics believe that the structure of the U.N. Security Council is the main reason for these human tragedies. The Security Council consists of fifteen nations, five of which are permanent: France, Russia, China, the United States, and the United Kingdom. The other ten nations are elected to serve two-year terms. The five permanent members have mighty veto power; when a permanent member vetoes a vote, the Council resolution cannot be adopted, regardless of international support. Even if the other 14 nations vote yes, a single veto will beat this overwhelming show of support.

The U.N. Security Council was reformed just once, in 1963, when four new non-permanent seats were created, making a total of 10. The body's 10 non-permanent members are elected for two-year rotations.

Davutoğlu made remarks on Turkish Armed Forces' (TSK) retaliation to the firing of a mortar round from the al-Qaeda linked Islamic State of Iraq and Levant (ISIL) forces in Syria at the conference.

Turkey acted with deliberation to avoid involvement in the incidents in Syria, but the threat was approaching the Turkish border, said the foreign minister.

The foreign minister, speaking on the Middle East issue, stated that he had an optimistic outlook for the future of the region. He also accused those who claimed that the Middle East would be the focus of disputes for the upcoming centuries of promoting neo-orientalism.

On Monday, at a joint press conference with his German counterpart Frank-Walter Steinmeier, Davutoğlu said "Developments in Syria are beyond a political problem. It is a humanitarian tragedy with crimes being committed against humanity. The muteness of the international community on this issue is unacceptable. The use of chemical weapons, barrel bombs, SCUD missiles against civilians cannot be regarded an internal affair of Syria," he said.

Davutoğlu stated they held talks with Steinmeier at the Geneva-II conference and they further discussed the situation in Syria during yesterday's meeting. "We expect closer cooperation with Germany and we expect Germany to exercise its influence in the international community to draw attention to the humanitarian tragedy in Syria," he said.

Noting Germany's "great contribution" to the transformation of the Balkans and East Europe in the 1990s, Davutoğlu said, "I am confident, with its experience in democratization, political and economic reforms in the Balkans and East Europe, Germany will also make a positive contribution to the Middle East and other regions based on this experience."

"We are ready to discuss such issues with Germany all the time and we agreed to continue our consultation on Syria in a more profound way. Our open, transparent and friendly discussions will continue," he said.