Changes in store for Turkey’s gendarmerie 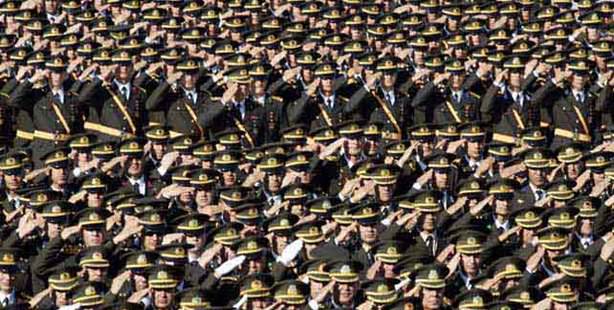 In line with a new democratization package, Turkey is planning to grant the Interior Ministry the authority to assign military officers to the gendarmerie.

These changes would signal a major restructuring of one branch of the Turkish Armed Forces (TSK), and bring Ankara in compliance with European Union (EU) standards. The move is seen by some as a response to a report on Turkey's EU membership progress in 2008, which called the country to reform the structure of gendarmerie command.
Under the plan Prime Minister Recep Tayyip Erdoğan would need to give his permission to reassign or suspend a gendarmerie General Commander and the gendarmerie General Command will retain its authority to assign non-commissioned officers and civil servants. However, the Interior Ministry may suspend officers, and provincial governors will also be able to assign gendarmerie officers and suspend provincial gendarmerie commanders.
The gendarmerie was granted its current status as part of the TSK in 1930, seven years after the foundation of Republic of Turkey. Since then, it has been responsible for maintaining law and order in places outside the municipal borders, namely villages and small districts. The force first came into being during the Ottoman Empire as a law enforcement force under another name to maintain security in Turkish cities, towns and villages outside the then-capital Istanbul. After the founding of the modern Republic the scope of gendarmerie operations eventually expanded to include border security and coast guard, while its commando units have also participated in counter-terrorism operations.