Taksim Square to get a facelift 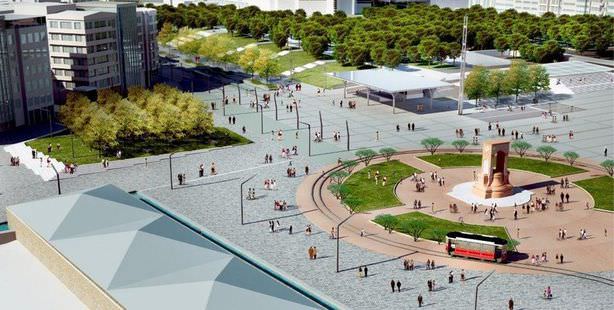 Istanbul Mayor Kadir Topbaş said a tender will be held in March for “a greener Taksim Square with more trees and flowers.”

Istanbul's Taksim Square will be revamped with a new project. Istanbul Mayor Kadir Topbaş said a tender will be held in March for "a greener Taksim Square with more trees and flowers." In pictures depicting the planned project the Istanbul Municipality presented to the press, a new park is portrayed next to Gezi Park. The redevelopment plans for Gezi Park sparked nationwide anti-government protests last summer.

Protests followed the announcement of a plan to rebuild an Ottoman-era garrison originally located in Gezi Park. Demonstrators have claimed the park will be razed and replaced by a shopping mall. The government denied their claim while the protesters filed a lawsuit against the redevelopment plans. The Istanbul Municipality now awaits the court's verdict on the issue for changes in Gezi Park. Atatürk Cultural Center (AKM), a cultural landmark at Taksim Square, would also get a facelift, but the lawsuit suspended plans. Taksim Square was redesigned last year with more space for pedestrians and an underpass for traffic.