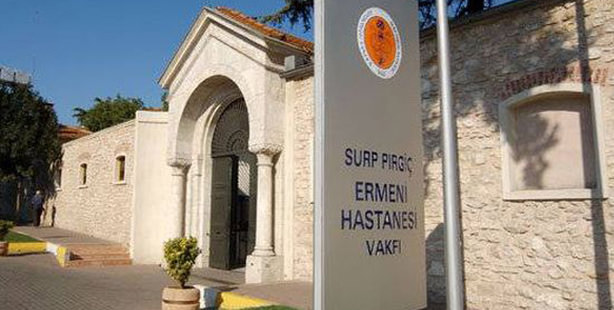 The Turkish government has returned 42 acres of land in Istanbul’s Zeytinburnu district to the Armenian community, some 40 years after it was seized.

The plot is located across from the Surp Pırgiç Armenian Hospital and is now officially under the control of its foundation.

Bedros Şirinoğlu, head of the foundation, thanked Prime Minister Recep Tayyip Erdoğan after the official handover. "No minorities would have their properties back if it wasn't for Mr. Erdoğan. He is an honest man," Şirinoğlu said. "I used to receive calls from Armenians living abroad asking whether the state returned the land all the time," he added.

A cafe, parking garage, gym and a stadium were built on the land which was home to an orchard in the past. Before its confiscation, it hosted the Armenian community's Hampartsoum, a traditional festival.
Bedros Şirinoğlu does not agree with critics who claim that the government was forced to return the property under pressure from the European Union. "European Union membership was the goal of previous governments as well but they never considered giving the land back," he said.

The "democratization package" announced by the government last year included a pledge to return properties which were forcibly seized from non-Muslim community groups during the early years of the Republic to their rightful owners. Erdoğan also announced in 2011 that hundreds of properties that were confiscated from minorities over the years would be returned and compensation would be paid for properties later sold to third parties.

Turkey, along with Armenians, hosts Jewish, Assyrian and Greek communities.