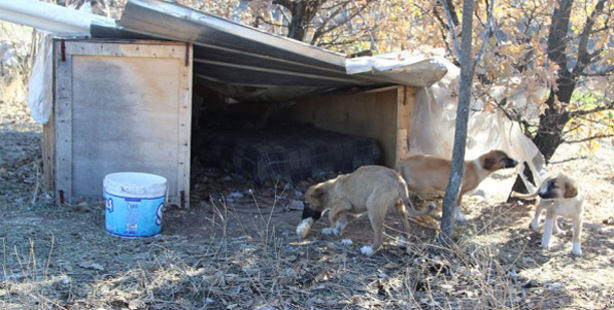 A man who killed 22 stray dogs in one month was fined TL 19,272 for murdering the dogs in Uşak Organized Industrial Zone.

The head of Directorate of Nature Conservation and National Parks Ali Aydın said the investigation on mass killing of stray dogs in Uşak, a city in the Aegean Region of Turkey, was concluded.

The investigation revealed the industrial zone employee murdered the stray dogs. As part of the animal protection law, he was fined TL 876 for each dog he murdered.

"I hoped that punishment of the perpetrators would prevent the further incidents," said the head of Uşak Animal Welfare Organization, Nebahat Avcu. "That was the biggest fine handed down for killing the dogs in Turkey."