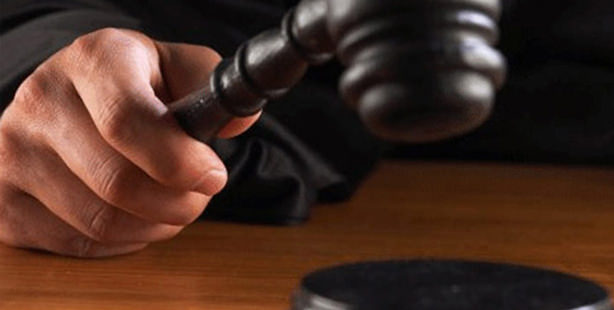 Fourteen defendants in Sledgehammer case in which military officers are being tried for a coup attempt against the Turkish government demanded a retrial Saturday claiming the judge who rejected their first appeal for retrial was biased.

Military officers convicted in the case previously appealed for retrial on Jan. 23 but the were rejected. Their second appeal, examined by a new panel of judges, approved the previous verdict for rejection.

Defendants claimed Gökmen Demircan, a member of the panel, was not neutral and that he was among the judges who ordered the arrests, approved search warrants and issued ruling in further detention of defendants in the Sledgehammer case. Lawyers said Demircan's signature in Sledgehammer-related rulings proved bias "against defendants" and his inclusion to the panel of judges assessing the retrial was against the law. Lawyers also complained Abdullah Öztürk, another member of the panel who rejected the second appeal for retrial, was also among the first panel of judges who voted no for retrial.

Defendants, long claimed to be victims of a plot to remove them from the military, demanded retrial after remarks by adviser to Prime Minister Recep Tayyip Erdoğan Yalçın Akdoğan, who said the convictions in Sledgehammer were a conspiracy against the Turkish army.

The Sledgehammer Operation Plan, an alleged coup plot by top military brass drafted in 2003, was revealed in 2010 by a Turkish daily. The Turkish Army's general command recently voiced suspicions on fabricated evidence against the defendants. The army launched an internal investigation to find whether a document detailing the plot which defendants call "forged" was authentic.