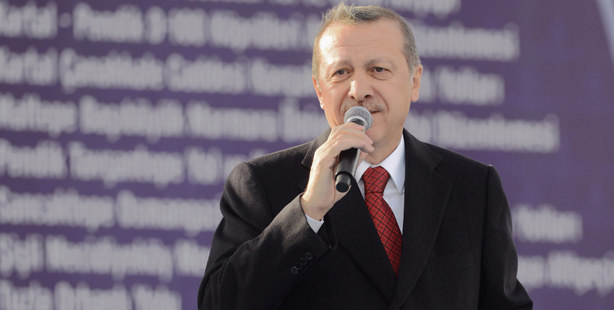 PM Erdoğan spoke to a crowd of supporters where he addressed the ongoing campaign against the government and the new Internet Bill.

During a ceremony over the weekend in Kartal, Istanbul, Turkish Prime Minister, Recep Tayyip Erdoğan spoke to a crowd of supporters where he addressed the ongoing campaign against the government and the new Internet Bill passed last week by the Parliament on Wednesday.

The bill is still waiting for Turkish President Abdullah Gül's approval to become law but has managed to stir controversy and has been criticized by opponents who claim it will restrict freedom of expression. If approved, the law will give the telecommunication presidency (TİB) the right to instantly block access to individual web pages as soon as an official complaint is filed, without waiting for a court order. Erdoğan has denied accusations that the bill would sanction censorship, arguing instead that it is being put into effect for a "safer Internet".


Since 2003 the number of Turkish Internet subscribers has increased from 20 to 34 million, meaning Turkey has the fifth-highest number of broadband Internet users in Europe. "No one can [accuse] our government [of favoring] censorship or being against the Internet. Our government introduced Internet-based learning to the educational system for the first time in Turkey. We are all for a safer Internet, especially for our children," said Erdoğan.

The bill, prepared by the Ministry of Family and Social Policy, amends Law No. 5651, widely known as the Internet Law, which came into effect in 2007. The Turkish prime minister stressed that the AK Party government will not tolerate any kind of invasion of privacy online and that anyone victimized by content posted online without their consent will now have the chance to ensure that such content is temporarily blocked pending courts decisions. According to the new regulation, only access to the related content will be blocked, not the entire website. Under the current Internet law an entire site would need to be blocked.