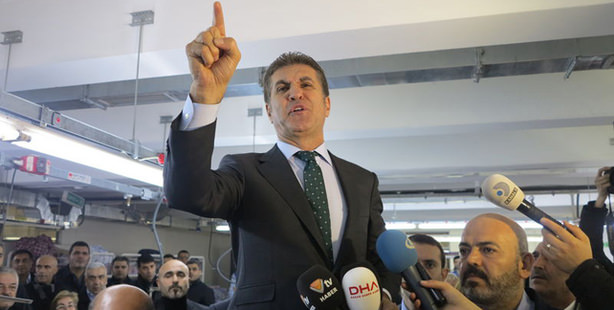 The main opposition Republican People's Party's (CHP) General Assembly witnessed heated debates and an instance of violence, especially during the discussions on the selection of candidates for Istanbul's CHP-stronghold districts such as Beşiktaş and Kadıköy over the weekend. CHP's general assembly in Ankara, continued well into night and the CHP's Professional Competency Board worked for seven hours to determine about 400 candidates to be in the running for Istanbul, Ankara and other major cities. The list revealed the party's Istanbul mayoral candidate Sarıgül's influence on the selection of candidates. Reportedly, Sarıgül held a secret meeting with CHP leader Kemal Kılıçdaroğlu in Ankara the night before the general assembly. He requested that current mayors in Istanbul, mostly selected by the former party leader Deniz Baykal, are not re-elected to run as candidates in the upcoming national elections in March. Although most of Sarıgül's requests were accepted, Kartal district's current mayor Altınok Öz's candidacy caused a major stir, resulting in the withdrawal of his nomination.

Okay Gönensin of Vatan newspaper also claimed that the announcement of candidates for certain Istanbul districts was delayed to allow time for Sarıgül to secure votes in these districts. According to Gönensin, the candidates for Bakırköy, Beşiktaş, Kadıköy and Çekmeköy caused a harsh backlash from the opposing party members, resulting in Sarıgül's consultant, Tonguç Çoban's elimination from running for mayor in Beşiktaş.

CHP's fortress shaken from the core

The turmoil continued yesterday in the Thrace region, another CHP-stronghold. CHP's Kırklareli Deputy Turgut Dibek said, "The party's caucus nominated Mehmet Kesimoğlu instead of our current mayor who is immensely popular among locals. This decision of the caucus is unfair to the fellow citizens of Kırklareli." Blaming the caucus for not informing him of their choice, he submitted his resignation saying that he cannot serve CHP, his party of 25 years after such level of disrespect.

Following Dibek, Edirne Mayor Hamdi Sedefçi resigned from CHP and announced his candidacy from another left-winged party, the Democratic Left Party (DSP). Voicing his concern that the CHP administration is not acting in accord with the intra-party results in which he took the lead, Sedefçi condemned the CHP administration and the current Edirne candidate Recep Gürkan of treachery. Noting that Gürkan had supported him in front of the cameras and public, he said he can no longer be part of such a corrupt organization.

Furthers protests also took place during the General Assembly in front of the CHP headquarters in Ankara. Party members opposed to candidates for Istanbul's Sancaktepe and Ankara's Çankaya district gathered in front of the headquarters. "No to Taşdelen in Ankara" shouted the protesting party members against the mayoral candidacy of Alper Taşdelen, son of former Çankaya mayor, instead of Özgen Nama, who received the most votes in the intra-party elections. Furthermore, allegedly, caucus member Murat Karayalçın confronted CHP leader Kılıçdaroğlu, threatening to resign both from the caucus and the party if Alper Taşdelen's candidacy is approved. Nevertheless, Taşdelen's candidacy was approved causing few other members to leave the assembly.

Antalya was another city where CHP's internal differences were exposed to the public. About 200 people gathered in front of CHP's provincial directorate to demonstrate against the candidates for the Muratpaşa and Konyaaltı districts. The protests took a turn for the worst when the group, mostly consisting of representatives of the youth and women branches of the party broke the doors and entered the party's local headquarters. In a statement he read, addressing the CHP leader, Kemal Kılıçdaroğlu, a district council member Mehmet Tosun warned that the party should back down from such wrong decisions. Tosun and a few other members threatened the party's administration with resignation if the present candidacies are approved.

Tosun had claimed on Sunday that Mustafa Sarıgül will insist on his former wife, Aylin Kotil, to be nominated as a candidate for Beyoğlu, which was confirmed later the same day.