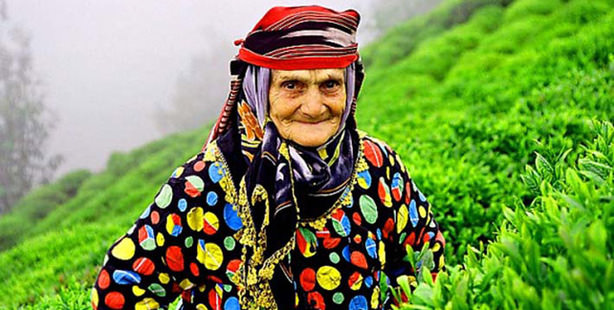 A survey by the Turkish Statistical Institute (TÜİK) found that Sinop in northern Turkey has the oldest group people in the population, while Hakkari in the southeast has the youngest population.

With 16.7 percent of its population aged 65 and older, the small northeastern city of Sinop was named 'oldest' city in Turkey. It was followed by Kastamonu, its western neighbor, where senior citizens make up 15.7 percent of the population.

The percentage of people aged 65 and above was lowest in Hakkari in southeastern Turkey. The ratio of senior citizens to the overall population remained at 2.8 percent. It was followed by neighboring Şırnak at 3 percent.

The survey conducted by the Turkish government's statistics agency details population trends. It found that the number of elderly people has increased significantly since 2013 to 5,891,694; increasing from 7.5 percent of the total population in 2012, to 7.7 percent in 2013. The United Nations Population Fund (UNFPA) categorizes a country's population as 'old' if this figure reaches 8 to 10 percent. The percentage of senior citizens to the overall population in Turkey is expected to reach 10.2 percent in 2023.

Turkey, one of the most populous countries in Europe, saw a population increase of over 1 million by in 2013. According to data provided by the TÜİK, the total population currently stands at 76,667,864, with a growth rate of 13.7 percent.