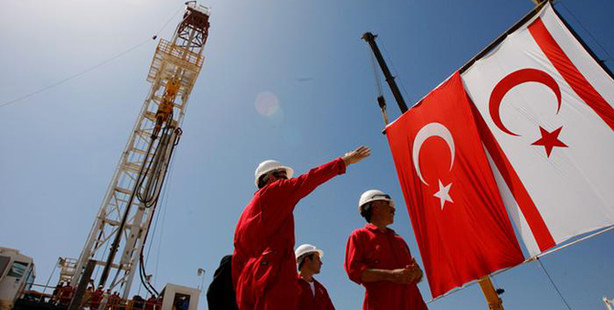 Stalled peace talks between Turkish and Greek Cypriots resumed this week after a 19-month break. Better than this is the intention and faith of both parties to reach an agreement. Moreover, Turkey and Israel are close to a deal in compensation to be paid to the relatives of those killed in the 2010 Mavi Marmara attack, gradually improving bilateral relations, according to sources from both countries.

These recent developments proved once again that Turkey is a key player in the region to ease the long lasting political turmoil in the Eastern Mediterranean. Furthermore there is another fact that U.S. involvement played a substantial role in Turkey-Israel reconciliation talks and on the Cyprus issue. Israel Prime Minister Benjamin Netanyahu's long awaited apology came during the visit of U.S. President Barrack Obama in March last year. In addition, the breakthrough on the stalled Cyprus peace talks came when U.S. Assistant Secretary of State visited Cyprus and held talks with the Cypriot leaders in early February, after nine years of U.S. absence in the Cyprus talks.

These incidents show Washington's involvement in the eastern Mediterranean, and foreign policy analysts believe that the discovery of hydrocarbons in the region was the game changer. "The eastern Mediterranean is a terrific example of how politics first need to line up – in this case, Turkey's relations with Israel and Cyprus – to enable the investments to happen. But, if and when the investments are made, I think we'll see some dramatic, even historic, breakthroughs with respect to the Cyprus question and the restoration of the special relationship between Turkey and Israel that, in the late 1990s, was a strategic partnership involving military cooperation in addition to extensive intelligence sharing," stated former U.S. Deputy Assistant Secretary of State Matthew Bryza, at the opening of the 2nd Annual Frankfurt Gas Forum in Germany in Dec. 2013.

Israel discovered massive offshore gas deposits in the recent years. Afterwards, Tel Aviv had considered a range of alternatives, including pipelines or electricity cables to Cyprus and Greece, a liquid natural gas (LNG) plant in Cyprus, an onshore pipeline to Jordan, as well as a floating LNG plant allowing Israel to sell gas in European or Asian markets. On the other hand, Greek Cyprus granted permits to international prospectors after Israel discovered offshore gas. Furthermore, exploration activities raised tension in the region both Turkey and Israel increased their naval patrols around its Mediterranean gas fields.

Nevertheless, regional tension has reduced through the efforts of the U.S., after Israeli plans to export its natural gas via Cyprus and Greece have been shelved due to its exorbitant cost. A high level source from the Turkish Ministry of Energy concurs. According to the source, the pipeline alternatives to export Israeli gas to Europe must pass via Turkey because of the construction cost. In addition, the Turkish energy official further believes that Greek Cyprus' ambition to create the eastern Mediterranean's natural gas hub is not realistic due to the high cost of the project and the requirement of large amounts of Israeli gas. However, he believes that the LNG terminal in Cyprus might be useful. "The pipeline routes that exclude Turkey are eight times more costly. Building an Israel-Turkey pipeline connected to a Greek Cypriot LNG terminal may offer strategic opportunities," an official from the Turkish Ministry of Energy added.

According to sources from the Prime Ministry and the Foreign Ministry of Turkey, Israel is trying to rush the compensation deal and normalization efforts, because it wants to formulate a new regional initiative in light of improving ties between the U.S. and Iran.

Israel will base its new regional initiative on energy cooperation, with the final aim being the delivery of the natural gas it is extracting in the eastern Mediterranean to Europe via Turkey.