Turkish leader of Swedish gang to be tried in Turkey 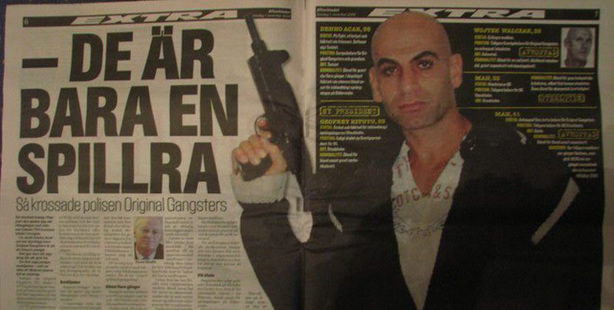 The Swedish daily, The Local, reported yesterday that Denho Acar, a Turkish citizen accused of running a criminal gang in Sweden, is set to stand trial in Turkey

Swedish authorities have issued an international arrest warrant for Acar, who fled to Turkey in 2006. He is suspected of masterminding several crimes including bomb attacks in Gothenburg and Stockholm between 2006 and 2009. Acar allegedly lead the Original Gangsters gang, whose two members were arrested and sentenced for the bomb attack. Although Acar was arrested in 2006 on the charge of conspiring to commit murder, a court released him. Following his release, he left Sweden for Turkey. Forty-year-old Acar, who migrated to Sweden in 1990, was involved in a series of crimes since 1993, ranging from robbery to extortion.
Acar was also arrested for forgery for using a fake Swedish passport to enter the country.

The Swedish authorities contacted Turkish officials to pursue the case as Turkey and Sweden do not have an extradition treaty. Acar will stand trial for charges – including robbery and vandalism – for crimes he was accused of in Sweden. His trial is scheduled to start in İzmir, a western Turkish city, on March 7.