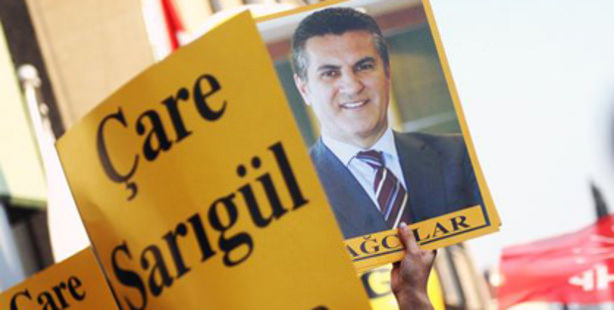 Polls indicate Sarıgül is not the frontrunner in Istanbul mayoral race

Many CHP members oppose Sarıgül's candidacy after he publicly squared off with former CHP leader Deniz Baykal in 2005, yet, CHP needing a strong figure to challenge in Istanbul, chose Sarıgül and adopted the slogan "Only solution is Sarıgül."

However, the recently conducted poll indicates that Sarıgül will not be able to obtain as many votes as CHP first expected.

According to the results, 33.3 percent of respondents said they would vote for Sarıgül while 47.7 percent said they favored AK Party's Topbaş.

In addition, 38.4 percent of those polled said that they did not believe in Sarıgül's promises, including shutting down the football team Istanbul Büyükşehir Beledeiye Spor, which is financed by the municipality.