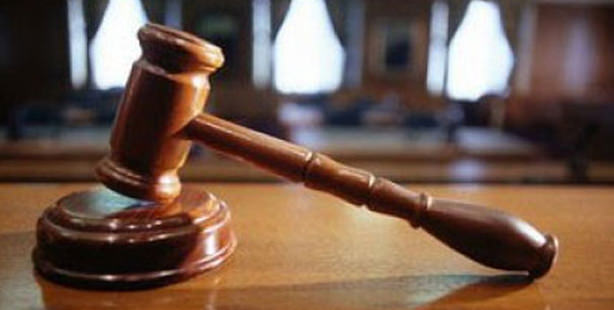 A democratization package, including the abolishment of special authorized courts (ÖYM), amendments to the Code on Criminal Procedure (CMK), and a proposal to amend 22 other laws was accepted on late Thursday in Parliamentary Justice Commission

As part of Turkey's audacious reform plans, the adopted reform package sets a precedent by abolishing special authorized criminal courts, which were established in regards to Article 10 of the Counter-Terrorism Law, and amends certain laws in order to uphold democracy in Turkey and also breaks the tutelage of the army staging coups against democratically elected governments.

The Chief Public Prosecutor's Office will be taking over cases conducted by specially authorized public prosecutors. On-going trials will also be assigned to high criminal courts.
The Specially Authorized Courts (ÖYM) were tasked with prosecuting terrorism-related crimes and considered to be a continuance of the State Security Courts, which were set up in 1983 by the military rulers and were only recently abolished in 2004. These courts have a history of causing a stir in Turkey for controversial cases, especially for conducting high-profile investigations into the Ergenekon and Balyoz (Sledgehammer) cases, which allegedly aimed to overthrow the country's ruling AK Party.

Turkey's parliament already outlawed the special courts in July 2012. The courts continued to operate after the resolution as an exception to the bill which stipulated that any cases already open would be completed through the special court. However, according to the new amendments, all the ÖYMs will be abolished and prosecutors and judges who work under the ÖYMs will be appointed by the Supreme Board of Judges and Prosecutors (HSYK) to suitable positions within 15 days after the new regulations are enacted.

High-level sources at the Turkish Prime Minister's Office claimed that Prime Minister Recep Tayyip Erdoğan, senior AK Party officials and bureaucrats will discuss details of Turkey's new reform package, controversial reforms to the appointment process for the Supreme Board of Prosecutors and Judges (HSYK) and the country's new Internet bill in Ankara on Sunday.

The package was announced by Turkish Prime Minister Recep Tayyip Erdoğan in January 2014 and it was supported by the Turkish opposition parties, particularly the Republican People Party (CHP) and the Peace and Democracy Party (BDP).

Speaking to Daily Sabah, AK Party Deputy, Bülen Turan, said yesterday the regulation will expedite the proceedings, and prevent the violations of citizens' rights.
Referring to the Dec. 17 operation, he said the new amendments will cure the misconducts of certain prosecutors and facilitate the fight against the illegal organizations within the state.

Noting that those amendments should not have been evaluated just on the grounds of the on-going Dec. 17 operation, Turan said the reform package will prevent the actions of judiciary officials that prioritize their own personal gains over actual justice.

He further pointed out that democratization is a long-term process and there are further steps to be taken by government to ensure true democracy in the country.

The abolishment of those courts is just a beginning to democratization, said Erdemir. He also stated that all of the verdicts given by ÖYMs should be reconsidered.

Another CHP Bursa deputy, Sena Kaleli, yesterday said ÖYMs are notoriously known for "confidential witnesses", "forged evidences" and "violations of rights", and the abolishment of these courts is a major step in upholding democracy in this regard. She further criticized the Turkish government for embellishing those amendments to promote itself and claimed that the abolishment was not a permanent solution.

When asked his opinion, the BDP Deputy, Altan Tan, said he would deliver a speech in the future regarding the new reform package.

As part of the efforts to prevent lengthy pre-trial detention, the maximum detention period was reduced to five years from 10 years through the reform package.

The regulation also paves the way for defendants to see and examine their files during the investigation phase. The reason behind that amendment is considered to remove restrictions, being particularly problematic during the controversial cases such as Ergenekon, Sledgehammer and the Dec. 17 operation.

Binding rules in relation to audio and video records will be applied to avoid audio files of third parties or suspects being illegally leaked to the news outlets. These amendments against illegal records is expected to fight against continuously growing cyberbullying issue in Turkey where illegal records of political figures are deliberately leaked to the media with a goal of tarnish both the governments and the authorities' image.

Other political reforms were also included in the package to take further steps toward democratization. Political parties and candidates will be able to campaign in languages other than Turkish. Furthermore, a number of regulations will be imposed to allow more political parties to participate in Turkish politics through the reduction of restrictions that put smaller parties at a disadvantage.