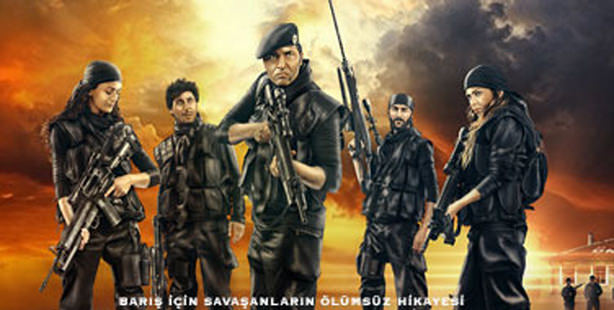 Bünyamin Erul, a member of the High Commission of Turkey's Directorate of Religious Affairs and Deputy Dean at Faculty of Theology in Ankara University said holy figures must be carefully portrayed, referring to the controversial Prophet scene on STV.

In reaction to Prophet Muhammad appearing as a beam of light during a séance in a popular TV series on STV, a TV channel affiliated with the Gülen Movement, Dr. Erul stated that respecting holy things is one of the orders of the Quran and one should be careful when they talk or write about, or display something about these sacred entities.

"The advice and scientific support of theologians and experts must be sought when preparing such scenes," said Dr. Erul. He noted that it is wrong to display the Prophet Muhammad even as a light beam, because it is difficult to figure out where to draw a line and confuses people, and may especially have negative connotations for children, who could mistake the Prophet's image as light. He suggested that it is better not to display the Prophet or his companions at all to avoid confusion and misunderstanding.

Dr. Erul also touched upon the sensitive nature of the subject and noted that the Prophet is a role model for all Muslims, but can never play the role of a guest star in a TV series. He explained that Islam encourages Muslims to be more careful and sensitive when talking about or including the Prophet in movies and series in order to avoid devaluing and debasing the Prophet's sacred image.

Dr. Erul's comments also demonstrated that dreaming about the Prophet should not be shared publicly as it is a private and confidential moment.