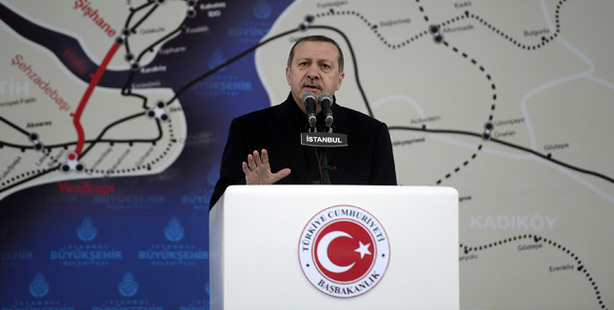 Prime Minister criticizes certain media outlets for suggesting that the mother and baby were not assaulted during Gezi protest; points to forensic report

Turkish Prime Minister Recep Tayyip Erdoğan scolds certain media organizations on their reflection on the new video of the allegedly assaulted victim during last year's Gezi protests. The victim, Zehra Develioğlu, was a young woman carrying her baby.
According to a newly emerged video,Develioğlu has allegedly not been attacked. Prime Minister Erdoğan said the protesters portrayed violence during the Gezi protests, to question an assault would be to deny that reality.
Erdoğan said "They burned, destroyed and assaulted people." He remarked that women wearing headscarves were targeted, mosques were disrespected. "Now they are playing their game on a young woman who was attacked with her baby," Erdoğan adds.
Zehra Develioğlu, the victim, says she has forensic reports documenting her injuries.
Sabah English
Last Update: Feb 16, 2014 11:52 am
RELATED TOPICS