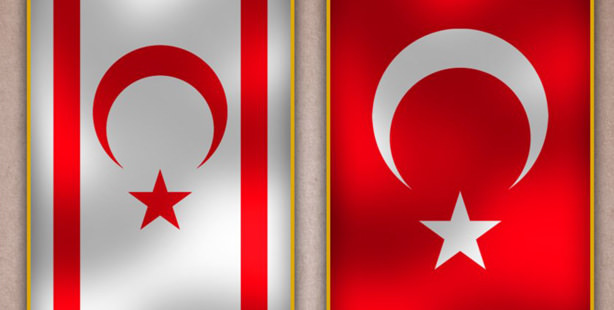 Turkish and Greek Cypriot leaders agreed last week to resume stalled peace talks. Leaders on the divided island issued a joint statement on the status of a settlement, recommending that each state be recognized equally; while aiming to bring the divided communities closer under a federated government.

Turkish Cypriot President Derviş Eroğlu and Greek Cypriot leader Nicos Anastasiades expressed determination to resume structured negotiations in a results-oriented manner. The announcement of a joint declaration, which includes an outline to guide negotiations, raised hopes of solving the 40-year-old political dispute on the divided island.

Greek negotiator Mavroyiannis and his Turkey counterpart, Özersay, met for the first time last Friday in Nicosia when both sides agreed to sit down at the negotiating table again on Feb. 19 to discuss details about the visits.

The meetings will take place at a senior level, with reports suggesting that the Turkish Foreign Ministry's Undersecretary, Feridun Sinirlioğlu, will host Mavroyiannis; while Özersay is set to meet the Greek Foreign Ministry's Secretary-General, Anastasis Mitsialis.

According to diplomatic sources from the Turkish Foreign Ministry, Ankara expects that the talks will help break psychological barriers and contribute to negotiations for a lasting settlement. On the other hand, the Greek Cypriot negotiating team hopes to discuss specific aspects of the peace talks with Turkey. Several Greek Cypriot newspapers reported that one of the priorities of Greek Cypriot leader Nicos Anastasiades is to push forward his Varosha proposal, which would see the fenced off southeastern Turkish city of Kahramanmaraş opened up, allowing the return of its lawful residents. However, Özersay has stated that Greek Cypriots need to convince Turkish Cypriots that Varosha should be a confidence building measure, rather than part of a final status agreement.

Last September, Turkish Foreign Minister Ahmet Davutoğlu rejected a proposal regarding Varosha, which was handed over by the United Nations Special Adviser to the Secretary-General on Cyprus, Alexander Downer. Ahmet Davutoğlu said Varosha was not on the Turkish side's agenda and it could only form part of the final solution in the Cypriot dispute.

Turkish Cypriot leader Derviş Eroğlu's earlier statement was in line with Davutoğlu's: "The issue of Varosha has come up many times on the agenda in one way or another, but at the moment, for us it is an issue that should be included in the comprehensive solution. The view put forward by the Republic of Turkey on the issue of opening the ports is to lift the embargo on a port in Turkish Cyprus imposed by the Greek Cypriots in return for the opening of a port in Turkey for the Greek Cypriot side. If they come to this point, it will happen, if not, no conclusion can be reached."

Varosha was a famous resort region in Cyprus, however it has been closed since 1974. That same year, Turkish military forces intervened in the island following a Greek-inspired coup. The city is protected by a 1984 UN Security Council resolution, stating that the the empty town can only be resettled by its original inhabitants. If the Greek Cypriots had accepted the 2004 United Nations Annan plan for the reunification of the island, Varosha would now be back under Greek Cypriot control and the residents would have their homes back.

If the Greek and Turkish sides reach an agreement, Greek Cypriots will gain access to Varosha and Turkish ports and airports, and Turkish Cypriots will be able to engage in direct trade via Famagusta port. A resolution will also see eight EU accession chapters unblocked for Turkey, as it continues with attempts to join the EU.