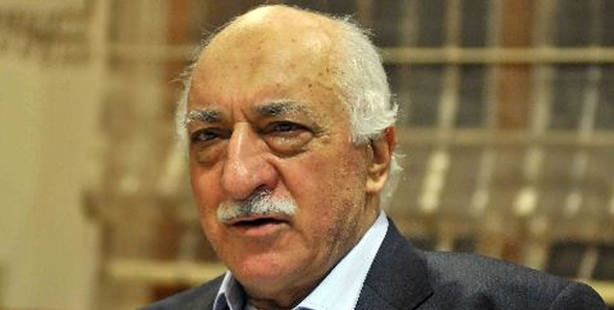 Gülen Movement’s hidden agenda is revealed in newly leaked tape recordings. Shocking details indicate pressure by movement leader pushing his followers to employ and utilize all means to serve the interest of the movement

New tape recordings of Fetullah Gülen's phone conversations have recently been leaked to the media.

According to the Turkish daily Takvim, Gülen, the leader of the clandestine movement which attempted to infiltrate Turkey's government institutions and carried out a number of operations, explicitly calls to annihilate the government for the sake of the movement.

The recordings expose alarming details about the movement's intention to bring down Prime Minister Recep Tayyip Erdoğan and his government to protect the movement's interests. In the recordings, Gülen emphasizes the insignificance of sacrificing an individual or a country for the salvation of his movement. He also criticizes his devotees, because had they invoked enough malediction with sincerity for the demise of the "tall man" – Gülen's code name for the Turkish prime minister – Erdoğan would be down by now, he assures them. He blames the prime minister for his allegedly negative attitude towards certain states, which he claims to put the Gülen Movement and their schools in 159 countries under danger of closure, also straining their relations with the CIA, MOSSAD and others, who are interested in a similar fate for Erdoğan.

Gülen's determination to use every trick in the book to achieve their goals and crush any "obstacle" that comes in their way is disturbing. "It's too late now, there is no turning back" and "Even if they win 65 percent of the votes in the upcoming local elections, we must bring them down using illegitimate files and recordings" mark the driven imam's conversations. There was also a mention of the tens of thousands of police officers and soldiers and five thousand prosecutors ready to sacrifice themselves if prompted to do so.

Gülen suggested siding with the U.S. would help them win the battle against the AK Party government. He recommended that they threaten prominent figures such as superior chiefs, civil servants, prosecutors, soldiers, generals, governors, councilors, shopkeepers, guilds and more, where necessary. The movement leader further insisted that these people should be put under constant pressure through blackmailing and called "traitors" to intimidate them.

Previous tape recordings from the Gülen Movement exposed significant details and the secret agenda of the movement, including Gülen's suggestions pushing politicians to resign. Plans to impair the influence of Abdullah Öcalan – the imprisoned founder of the Kurdistan Workers' Party (PKK) – to create chaos and paralyze Turkey's reconciliation process with the Kurds, was also part of the conversations.
Gülen, the reclusive imam living in the United States since 1999 is accused of plotting to bring the government down and infiltrating state institutions to discreetly rule Turkey.

The movement's relations with the government were strained particularly after the introduction of a bill to shut down the vast number of prep schools throughout Turkey, which happen to be one of the main financial sources of the movement.