Türksat 4A satellite launches into orbit 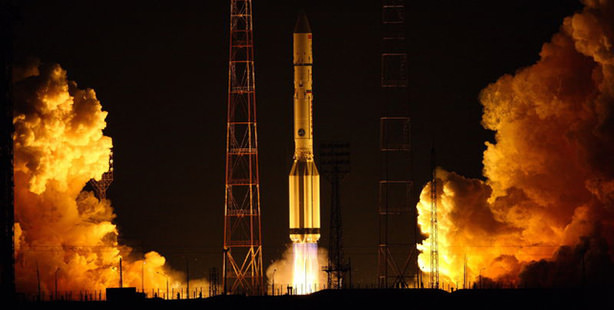 Turkey’s 5th space satellite, Türksat 4A , was launched on Friday Feb. 14 from the Baikonur Space Center in Kazakhstan

Turkish Minister of Transport, Maritime and Communications Lütfi Elvan said the satellite would do much for Turkey's communications and broadcasting industries by multiplying capacity threefold and enabling all of East Africa to be included in the network coverage zone.

Built jointly by Turkish and Japanese engineers, the satellite will enable Turkish TV and radio networks to broadcast in Africa.

Elvan explained that the satellite will deliver Internet to places that are geographically disadvantaged and do not currently have access to the Internet.

The first signal from the satellite was set to be received about nine hours after the launch. A ground station in Ankara's Gölbaşı district is tasked with controlling the satellite following the launch.

Türksat 4A has significantly better signal quality compared to other Turkish satellites, with a lifespan of over 30 years. Its coverage includes Turkey, Europe, the Middle East, Asia and Africa.

According to Minister Elvan, the number of broadband Internet users has dramatically increased during the AK Party's 10 year rule from 20,000 to 35 million users.

The next planned satellite, Türksat 4B, will be launched in the second half of the year and will address any remaining technical issues, increase Internet speed to 50 megabytes and provide Internet services to Syria, Iraq, Jordan, Lebanon and Afghanistan.