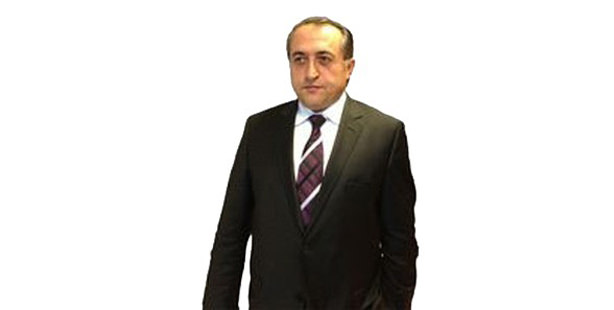 Demir says to ensure democracy, illegal networking within the governmental bodies must be stopped

Istanbul's Public Prosecutor Mehmet Demir said on adalet.org.tr – a Turkish website providing a platform for judges and prosecutors to express their opinions – that the new amendments regarding the Supreme Board of Judges and Prosecutors (HSYK) should be adopted quickly to end Gülenist infiltration of state bodies.

Demir said some players inside the HSYK and judiciary are teaming up with the Turkish police to carry out unlawful practices. These practices have led to concerns about a potential military junta, which could take over the democratically-elected government.

"The latest developments left a huge blemish on the HSYK and the judiciary, which should be taken back to its independent structure," said Demir, urging the related bodies to act in order to ensure judicial independence.

Demir pointed out that new amendments are the only efficient way to cleanse the judiciary and to purge the ranks of those involved in an illegal organization plotting against the government.

The Dec. 17 operation, orchestrated by the Gülen movement, revealed that the Gülenists infiltrated the police and judiciary on a mission to reshape the state and discredit the ruling AK Party.

The government responded to the operation by purging scores of police officers and introducing a new legislation on the judiciary, including the HSYK. Those amendments caused a huge stir in the country, especially for Turks who support the illegal acts of the Gülen movement.

In Dec. 2013, Demir addressed the judges and prosecutors through adalet.org, saying the Dec. 17 operation was aimed not only to tarnish Turkey's image but also to overthrow Turkish Prime Minister Recep Tayyip Erdoğan.

Referring to the movement and its aim to overthrow the government, he asked the judges and prosecutors to stand against the coup, protect democracy against the illegal organization within the state, and ensure judicial independence.