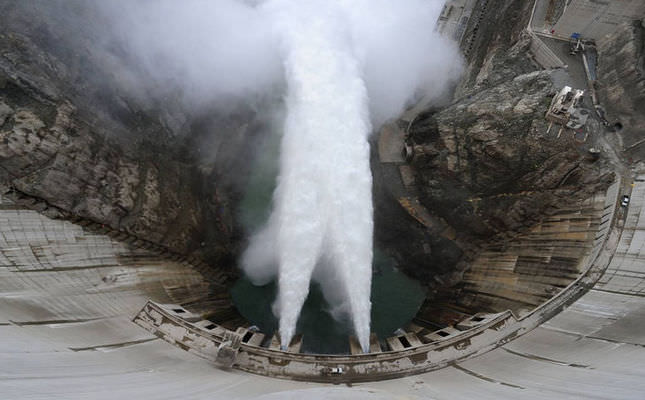 State-owned TEMSAN is to produce one of the most vital parts of the turbines, the waterwheel for hydro power plants for electricity production.

"The domestic production of these vital pieces is necessary and we wish to reduce foreign dependency in this technology," Başturk told Anadolu Agency.

Başturk emphasized that the Turkish government guaranteed to give incentives for using parts produced domestically by investors in the hydroelectric power industry. He said the parts are of high quality and cheaper compared to foreign companies' products.

There are various governmental incentives for investment in renewable energy sources such as hydro, wind and solar power with around a 30 percent incentive given to hydro power, 35 percent to wind and 40 percent to solar power investments if the investors buy materials from TEMSAN.

Başturk also added that investors would benefit in the long run for accessing domestic supply-chains in the industry.
Başturk said one megawatt generated from a Turkish hydroelectric plant costs around one million euro.

It is estimated that Turkey's investments in hydro energy will reach 16 billion dollars by 2023.

Turkey has an installed electric capacity of over 64,000 Megawatts and supplies 22,000 MWs of its energy demand from hydro energy. The Government aims to reach 36,000 MWs through hydro energy.