Patriarchs to convene in Istanbul 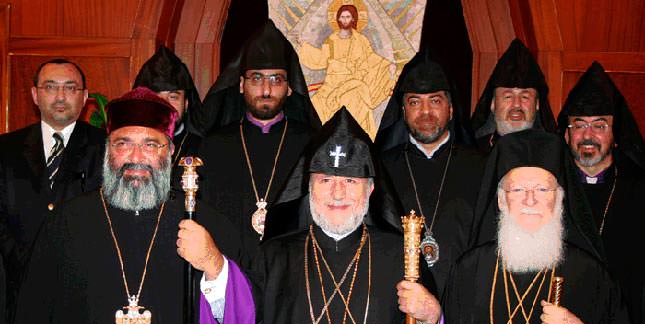 Prelates of 14 Orthodox churches from around the world will gather today for their three-day annual meeting to discuss regional issues in Istanbul, hosted by Fener Greek Orthodox Patriarch Bartholomew

Istanbul (Daily Sabah) - Prelates of 14 Orthodox churches from around the world will meet in Istanbul for a three-day event running between March 6 to 9.

Fener Greek Orthodox Patriarch Bartholomew will host the meeting. Participants will discuss theological issues as well as the situation of Orthodox Christian communities in the Middle East.

The meeting is held once every year on different dates. This year's meeting will conclude with an Orthodox liturgy on the occasion of Great Lent.