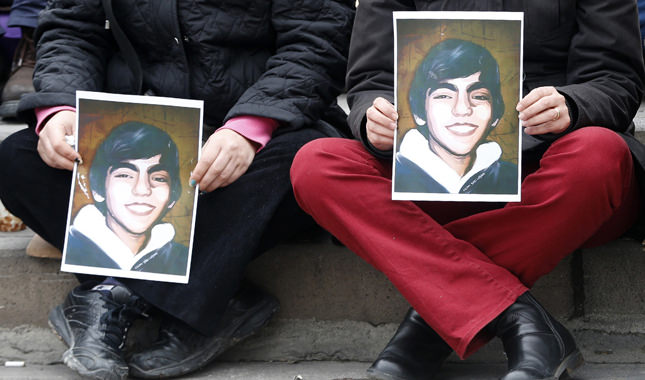 Berkin Elvan reportedly was going to buy bread when he was hit by a gas canister in the head during a police crackdown in Okmeydani, Istanbul, in June 2013.

"Elvan passed away in the Okmeydani Training and Research Hospital after staying 269 days in a coma," the family attorney Evrim Deniz Karatana told the Anadolu Agency.

"Elvan had an epilepsy attack on March 7th, when his heart stopped for nearly 20 minutes," the attorney said on Sunday adding that "Berkin who was 45 kilos when he was shot shrunk down to 16 kilos."

Just one day before the death of Elvan on Monday, Turkey's President Abdullah Gul called Sami Elvan, the father of the teenager, to express his sorrow relating to the events and to inform him that he was following closely the health situation of Berkin.

Gezi park protests, which started in reaction to a construction project in Gezi Park in Taksim district of Istanbul, spread to several other cities leaving seven dead, including a policeman.