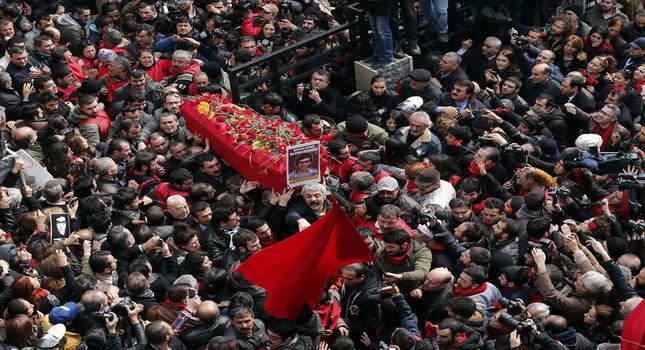 ISTANBUL – Thousands gathered in front of Okmeydani Cemevi, an Alevi place of worship, in Istanbul on Wednesday to attend the funeral of Berkin Elvan, a 15-year-old boy who died the day before, after being injured during last summer's Gezi Park protests. He had been in a coma for 269 days.

The huge crowd carried placards with Elvan's photos and shouted slogans during the funeral.

Elvan reportedly was going to buy bread when he was hit in the head by a gas canister fired by police in Istanbul in June 2013. The Gezi park protests, which started in reaction to a construction project in Gezi Park in Taksim district of Istanbul, then spread to several other cities, leaving seven dead, including a policeman.

Shops around the cemevi were closed during the funeral, and some groups blockaded the entrances to the square with barricades.

Government spokesman Bülent Arınç said Turkey had been in mourning since Elvan's death. "It is very sad that a child has died in an incident that occurred on the street," he said. President Abdullah Gül also expressed his sadness Tuesday at the boy's death and appealed for calm, urging everyone "to do everything to prevent this from happening again". 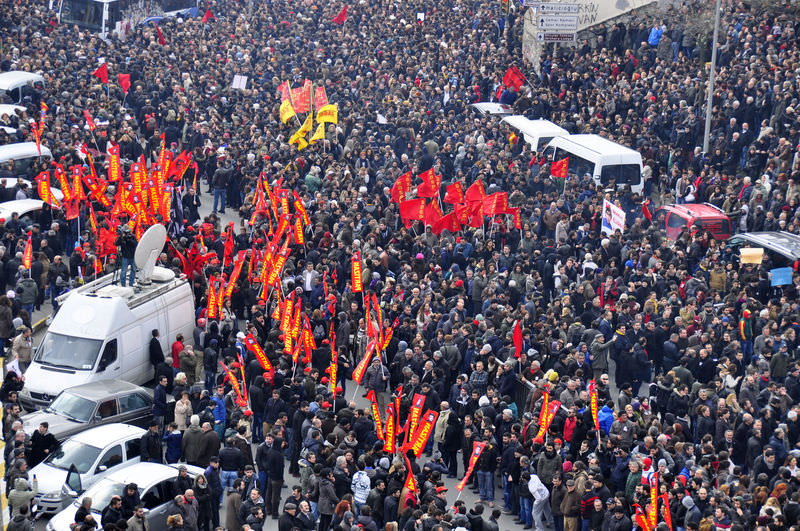