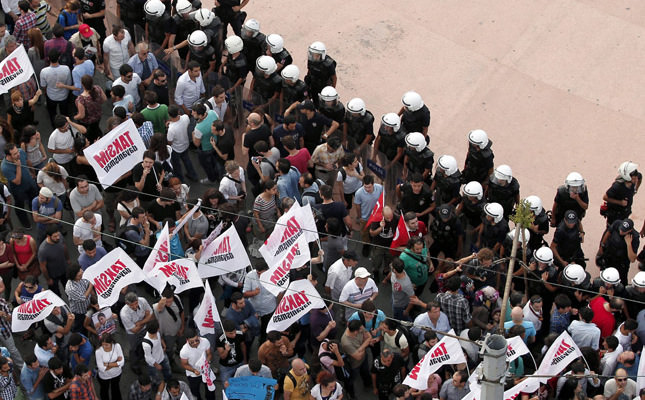 AYDIN – Nationalist Movement Party (MHP) Chairman Devlet Bahceli on Thursday called for common sense after the death this week of a 15-year-old boy injured during Gezi Park protests brought thousands out onto the streets.

Bahceli of Turkey's third party pointed to upcoming elections for a solution to what have been mass protests in major cities with occasional outbursts of violence partly due to police crackdown.

Berkin Elvan, 15, who was critically injured during protests in June last year, passed away on Tuesday morning after 269 days in coma.

Bahceli addressed his supporters during an election rally in the Aegean province of Aydin, appealing to citizens to embrace common sense in a traditionally tense political environment on the eve of elections.

"Elections are temporary. What is permanent is the state, unity and territorial integrity, above all our fraternity. That's why, we should be patient and keep our eyes open," Bahceli told the gathering.

Bahceli accused his rivals of exploiting anxiety to score last-minute political points. The solution must be sought in democracy, he said, encouraging people to vote on March 30.