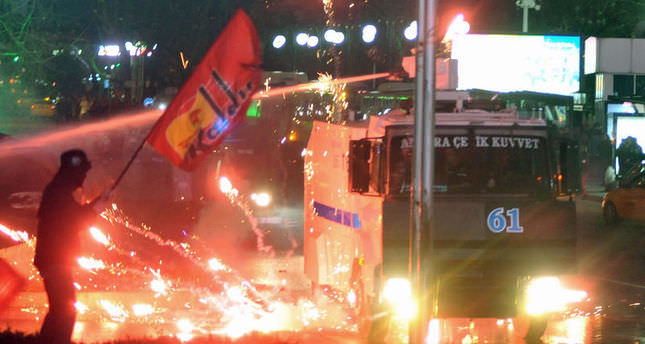 A police officer, 30-year-old Ahmet Kucuktag, had a heart attack when he intervened in a group of protesters throwing stones, Molotov cocktails and fireworks while on duty in the eastern city of Tunceli, according to an official statement from Tunceli Police Department.

Meanwhile, 22-year-old Burak Can Karamanoglu was shot dead when a scuffle between two groups turned into an armed fight in the Istanbul neighbourhood of Okmeydani where the funeral took place.

Thousands of people attended the funeral of Elvan who died last week after being in a coma for 269 days resulting from being hit in the head by a gas canister fired by police in Istanbul in June 2013.

Elvan reportedly was going to buy bread when he was caught up in the Gezi park protests, which started as protest of a construction project in Gezi Park in Taksim district of Istanbul, then spread to several other cities, leaving seven dead, including a police officer.