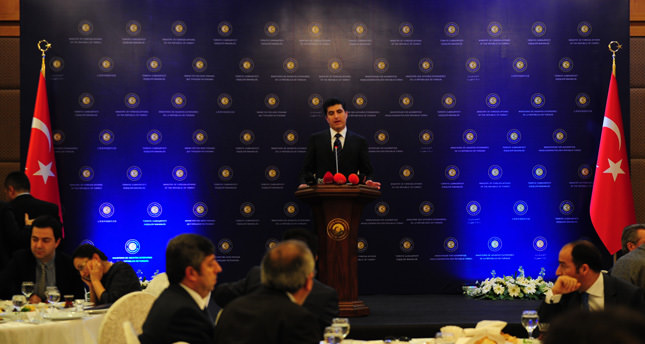 by AA Mar 15, 2014 12:00 am
IRBIL, Iraq – The Prime Minister of Iraq's Kurdish Regional Government Nechirvan Barzani departed for Turkey on Saturday, accompanied by a delegation of Kurdish officials.

He will meet with Turkey's Foreign Minister Ahmet Davutoglu in eastern city Van. The statement noted that he would also hold a series of talks with Turkish state officials and businessmen.

"With the bilateral relations top on the agenda, the two will discuss the new border gates planned to be opened between the Kurdish regional government and Turkey. The main aim is to increase the reciprocal trade activities and investments. Besides," the statement said.