'We will never let the streets become battlegrounds' 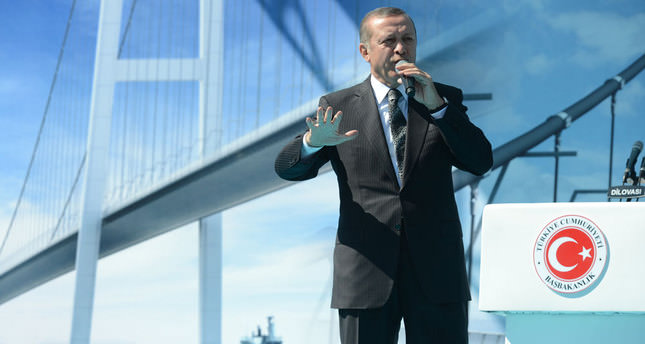 ISTANBUL – Turkish Prime Minister Recep Tayyip Erdoğan on Saturday said his party would not tolerate any more violence, in the wake of mass protests this week in which two people died.

"We will not tolerate new waves of tension and death. We will never let the streets become battlegrounds," Erdoğan said at a speech in the province of Kocaeli near Istanbul.

"We do not want anyone to equip our youngsters with Molotov cocktails, stones and knives and send them to the streets," he said.

A 22-year-old man was shot dead in Istanbul and a 30-year-old policeman died on Wednesday of a heart attack caused by the tear gas used by officers.

Erdoğan has so far refused to directly acknowledge the deaths publicly.

"It is obvious that those who gave up hope in the ballot box are looking to the streets. I call on the leaders of opposition parties to act responsibly," he said.