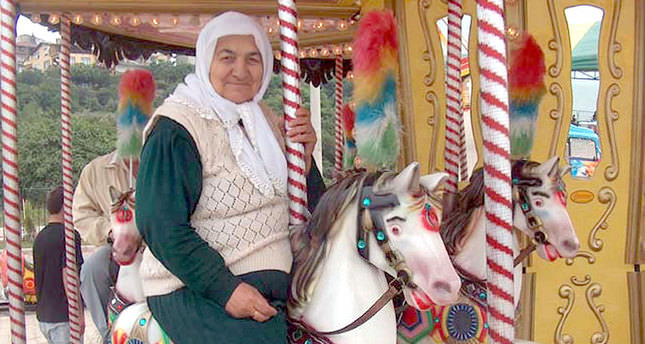 Turkish population is aging, according to a new report that estimates a sharp rise in the number of senior citizens in the next decade. The country, once buoyed by its young population, may need measures to curb the alarming trend

ISTANBUL – The Turkish Statistics Institute (TÜİK) has released new data on the number of senior citizens in Turkey, showing a minor rise in the overall number, with future projections forecasting a dramatic increase in the older population.

According to the data, the percentage of older Turks in comparison to the overall population, increased to 7.7 in 2013, a rise of 0.2 percent from the previous year. TÜİK is projecting that this figure will rise to 10.2 percent in 2023 and reach 27.7 percent by 2075. Such figures suggest that the Turkish population will be categorized "very old" by 2023.

Statistics are based on the "old" category, that is 65 and above. The United Nations describes countries with a senior citizen population between 8 percent and 10 percent as "old." If this percentage rises over 10 percent, that country is categorized as "very old."

The government has already expressed concern over the rapidly aging population. Prime Minister Recep Tayyip Erdoğan is leading efforts to curb the trend, including through his much publicized advice to newlyweds to have at least three children.

In terms of gender, women dominate the older population. The percentage of unmarried old men is registered as 1.1 percent while the same is 2.6 percent for women.

Concerning health, the percentage of healthy old men is 36.9 percent, well ahead of 18.7 percent of healthy old women. The obesity rate among elderly women is about 33.1 percent while this percentage is at 16.2 for elderly men.

The government launched a series of new projects to improve healthcare for senior citizens.

About 10 percent of the country's senior population in need of constant healthcare will be provided medical care at home. Special clinics are also being set up at nursing homes for people in need of constant medical care. The Ministry of Family and Social Policies will also establish special nursing homes where three or five senior citizens at most will be accommodated, allowing them to socialize more often but enjoy the comforts of home at the same time.

Statistics show 63.4 percent of the older population say they are satisfied with their lives.