Civilian executives to be employed by the army 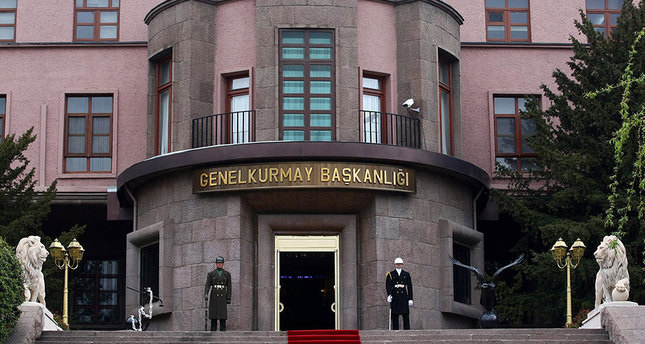 by Hazal Ateş Mar 24, 2014 12:00 am
ISTANBUL — In an effort to reform the country's armed forces, the Turkish government is considering enabling the employment of civilian personnel as managers in the army. Under a new regulation, bureaucrats from various branches of the government will be able to be assigned to military agencies. The Turkish military already employs civilian advisers on counterterrorism, foreign policy, national security, defense industry and telecommunications, and handed over public relations to civilian personnel last year. For the first time, civilian executives will be hired by the army.

On March 21, the requirement of previous service in the army as an officer was lifted for promotion and employment of non-military personnel. Thus, bureaucrats from various government agencies will be able to work as manager, deputy manager, expert, engineer and civil servant in any units of the army. The employment of civilians is not only restricted to senior positions, but civil servants in low-ranking positions will also be able to be transferred to military jobs including secretary, accountant, and clerk.

Currently, the army employs about 53,000 civil servants and workers. This number will increase with the implementation of the new regulation. Under the law, the chief of staff can employ up to 10 personnel as civilian advisers. Contract of these advisers are terminated when the chief of staff retires. The government is also mulling major changes in the structure of gendarmerie command, including aiming to restructure the command and bringing Turkey into compliance with European Union (EU) standards. Under the plan, reassignment or suspension of the gendarmerie general commander will be dependent on the permission of the prime minister instead of the chief of staff. Interior Ministry and local governors will also be authorized to suspend gendarmerie officers under the plan.