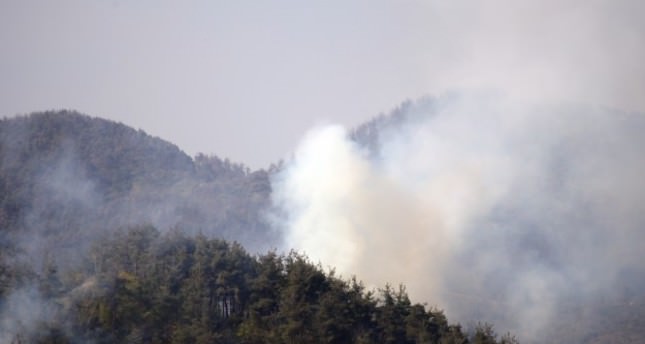 HATAY – On Monday, three mortar shells landed in Turkey's Yayladağı district bordering Syria as a result of combat between Syrian opposition and regime forces for control of a town close to the Turkish border.

The shells were reportedly fired from the Syrian town of Kasab, seized by the opposition armed group Free Syrian Army (FSA) on Saturday, but which regime forces are trying to recapture.

The three mortar shells landed in the Yayladağı district of the southern Hatay province, which borders Syria. Turkish troops near the border retaliated by firing mortar shells, authorities said.

Turkey and Syria share more than 800 km of border. The war between the Free Syrian Army and forces loyal to the embattled President Bashar Assad had been in an uneasy stalemate since late 2013.

Syria has been gripped by almost constant fighting since President Bashar al-Assad's regime responded to anti-government protests in March 2011 with a violent crackdown, sparking a conflict which has spiraled into a civil war.

The civil war, which entered its fourth year last week, has claimed more than 140,000 lives, according to the London-based Syrian Network for Human Rights (SNHR).