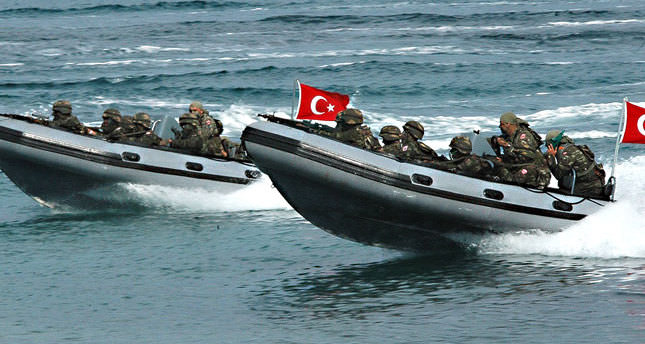 by daily sabah Mar 24, 2014 12:00 am
HATAY — After receiving threats from the Islamic State of Iraq and the Levant organization on the Süleyman Şah memorial (Turkey's exclave), where 25 Turkish soldiers are based, Turkey has deployed their Maroon Berets unit from the Special Forces to the border region.

It has been just one day since the Turkish air force shot down a Syrian jet for violating Turkish airspace, yet still Syrian jets continue to fly near the border. At approximately 10 a.m. on Monday, a jet belonging to Syria persisted in flying close to the Turkish border.