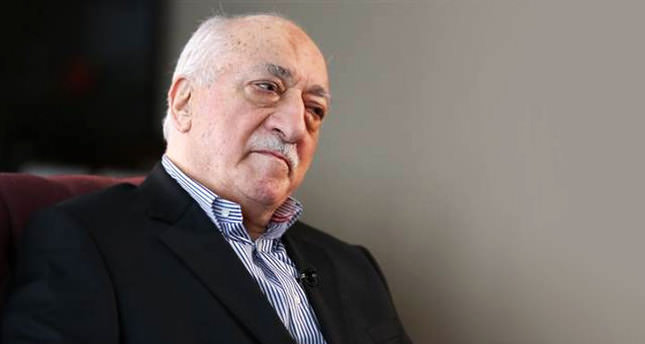 Galip Öztürk, founder and chief executive officer of Metro Holdings, accused the Gülen Movement of masterminding a plot to imprison him after he cut off donations to the controversial movement.

ISTANBUL — Galip Öztürk, founder and CEO of Metro Holding, said the Gülen Movement masterminded a plot to imprison him when he cut off donations to the notorious movement.

Öztürk, a Turkish billionaire whose holding company operates a leading bus company, food company and a gas station among others, claims he faced the wrath of the movement despite having made donations amounting to TL 30 million in 22 years.

He became reluctant to donate to the movement when Gülenists repeatedly refused to issue a receipt for donations. "I contacted a man named Ergün, who was serving as their imam [representative in movement's jargon]. I told him that I was not certain where my donations were being spent and demanded a receipt or any document showing where the donations are spent. Then, in 2011, Ergün visited me and asked for more donations, yet he had not given me the formal documents for which I had asked for. He demanded more than TL 2 million. I refused," said Öztürk.

Öztürk claimed his life turned upside down after this incident. Prosecutors and police affiliated with the movement presented "an indictment based on lies," according to Öztürk. This led to his imprisonment for 14 months. Öztürk was sentenced on charges of running a criminal mob and was later acquitted. "My business life was ruined. My companies had a debt up to $200 million," Öztürk said.

After his release, Gülenists visited Öztürk again, demanding donations for the construction of a school in Samsun, Öztürk's hometown. "I told them police officers linked to the movement were plotting against me and attempted to portray me as a criminal. They said they would fix it," he said. Öztürk stated he handed over TL 4 million for the school in Samsun. "For the next six months, they contacted me for more donations. Again, I refused to donate without receiving a receipt first. They told me that they have files on me at the police's organized crime unit and threatened to file charges against me at the court. This was confirmed by a friend of mine living in the United States. This friend was acquainted with people from the movement. He told me that the movement will be ordering a police operation against me," Öztürk said. His friend was right. Öztürk was accused in 2009 - 11 days after his friend's warning - of manipulation of the stock market. "They claimed I would flee abroad," he stated. Öztürk said they brought an informant before the court and the informant provided "false" charges against him in the case of stock manipulation.

Another charge leveled against Öztürk was the possession of a gun used in various attacks. "I was in a car with one of my bodyguards, a former military officer. After he got out of the car, police searched the car and confiscated the gun he forgot in the car. The prosecutor, Muammer Akkaş, asked the court to sentence me to imprisonment for 24 months on charges of possession of the gun," he said. Akkaş is a prosecutor linked to the Gülen Movement. Turkish media reports claim Akkaş, who also involved in the Dec. 17 probe seeking to discredit the government, helped cover up the role of a Gülenist intelligence director in a murder plot.

Öztürk said Gülenists have always extorted money under the guise of donations. "Everyone who does not obey their rules is regarded as suspicious. If they deem you are a bad person, they blacklist you, nevermind what you have done for them in the past," he said.

The Gülen Movement is accused of running a parallel state that sought to overthrow the AK Party government through a defamation campaign and allegedly organizes "himmet" meetings to obtain financial support for its activities. The participants, mostly local affluent businesspeople, pledge to make donations for the cause.