Israel and Turkey near compensation deal 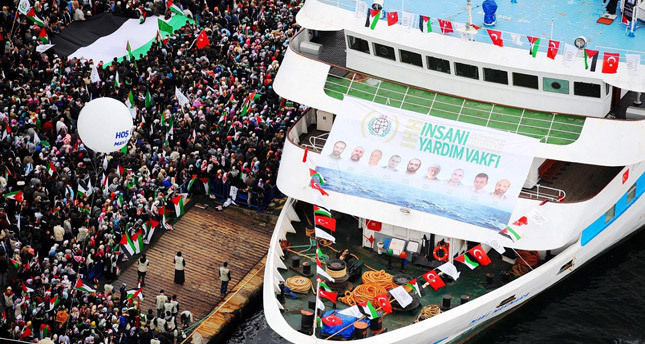 by French Press Agency - AFP Mar 25, 2014 12:00 am
ISTANBUL — A long awaited compensation deal for Turkish victims of a deadly Israeli raid on a Gaza aid flotilla four years ago will soon be signed, Ankara said on Tuesday.

The May 2010 Israeli assault on the Turkish ship the Mavi Marmara while it was in international waters on its way to Gaza triggered a severe diplomatic crisis between the two countries.

He said that after next Sunday's local elections, "our first job will be making sure the compensation is bound by a legal document".

Talks on compensation over the nine Turkish citizens killed in the raid began in March 2013, after Israel extended a formal apology to Turkey in a breakthrough brokered by U.S. President Barack Obama.

The amount of compensation to be paid was believed to be among the sticking points.

In February, Israel's Haaretz newspaper reported that Israel had offered $20 million in compensation to the families of those killed and wounded in the flotilla raid.