Turkish NGO speaks out against wiretappings 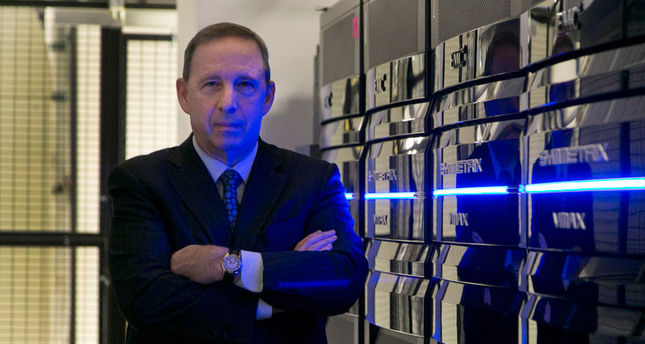 ISTANBUL — Platform Siyah, a newly-founded nongovernmental organization (NGO), seeks to raise awareness against the wiretappings and fabricated audio recordings disseminated by the Gülen Movement. Through protests and social media campaigns, the group supports the government in its fight against "immoral and illegal plots by Gülenists." "We oppose fabricated, immoral and illegal audio recordings and video footage used for blackmail by local proxies of powers based abroad. We question whether it is a coincidence that such recordings are released days before the local elections," Platform Siyah leader Tarık Şebik stated.

He said the government has done enough to combat illegal wiretappings but should not under any circumstances halt its fight against wiretappings. "The former structure of the Supreme Board of Judges and Prosecutors (HSYK) was suitable for infiltration by the parallel organization [Gülen Movement].

The government reassigned prosecutors [and] others involved in illegal wiretappings and replaced them with bureaucrats [who] respect the rule of the state. We appreciate these efforts," Şebik added and went on to point out that the government's fight against the parallel organization was similar to its fight against mafia and gangs after it came to power.

Further criticizing the movement, Şebik said it is a society that opposes the democratically elected government. Blackmail and the release of forged audio recordings and videos obtained through illegal wiretappings targeted those who undertake "global projects and projects to boost Turkey's economic growth."

According to Şebik, Platform Siyah represents the public and those who support the government which was accused of arming al-Qaeda in Syria and helping foreign intelligence services targeting Turkey. "They fabricate blatant lies and carry out plots. Turkey cannot continue its path to the future if they continue hindering Turkey's progress," he said. "We care about having an elected government and a leader leading the Muslim world," Şebik noted.