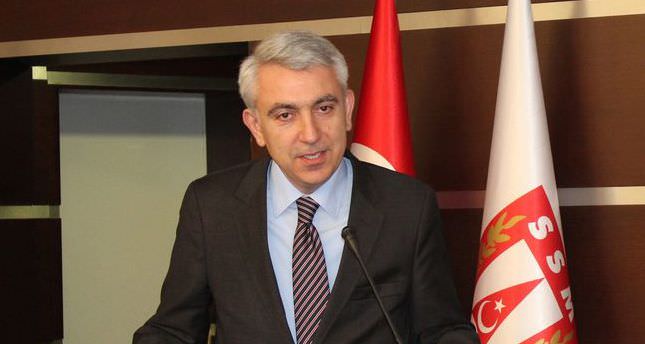 by daily sabah Mar 28, 2014 12:00 am
ANKARA - Turkey has removed Murad Bayar, the Defense Ministry undersecretary for the state-run defense industries, from his post with immediate effect, the official gazette showed on Thursday.

The ministry did not give a reason for the decision. Bayar had been influential in Turkey's negotiations with China over the procurement of a missile defense system.

Turkey's NATO allies voiced concern when it said in September it had chosen China's FD-2000 missile defense system over rival offers from the Franco/Italian Eurosam SAMP/T and U.S.-listed Raytheon Co. It said China had offered the most competitive terms and would allow co-production in Turkey.

Speculation in Ankara lobbies is that Bayar, who has served as the Defense Ministry undersecretary for the past ten years, may be appointed as chief advisor to the Presidency.