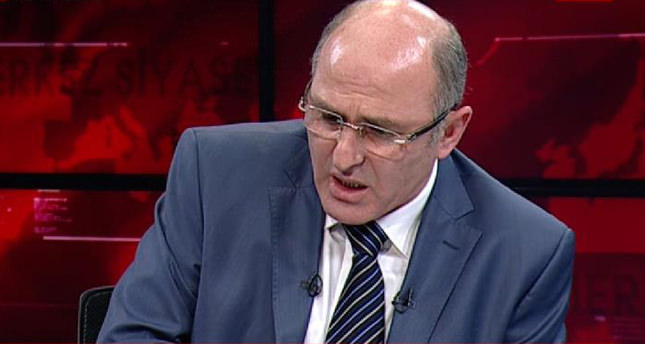 Ali Fuat Yılmazer, the former director of the Istanbul Police Intelligence Department, is accused of forcing defendants in the Ergenekon trial to testify against Prime Minister Recep Tayyip Erdoğan

ISTANBUL — Yılmazer, a controversial police chief who retired in January, recently made headlines with remarks against Erdoğan. In programs aired by media outlets affiliated with the Gülen Movement, Yılmazer claimed the prime minister was behind the investigation in the Ergenekon plot. Yılmazer is allegedly linked to the movement that sought to discredit the government through the Dec. 17 operation and ensuing slander campaign against the AK Party.

Retired Colonel Fikri Karadağ, indicted in the Ergenekon case and released in March, sent a letter to the prime minister's Office about Yılmazer. Karadağ said he was detained in 2008 and approached by several police officers dressed in civilian clothing while he was in detention. "They told me that I should tell the court that Erdoğan ordered the foundation of Kuvayı Milliye Derneği (National Forces Society). If I accepted that, I wouldn't be detained, but I rejected it. I also filed a complaint against those people. I didn't know those people who pressed me to testify against Erdoğan but I recognized Yılmazer years later when I saw him on TV," he wrote.

Karadağ was indicted for treason in the Ergenekon trial on charges of running the Kuvayı Milliye Derneği and the Association for the Union of Patriotic Forces, two ultranationalist groups accused of attempting to topple the government.

Karadağ's letter was delivered to the Chief Prosecutor's Office in Istanbul and an investigation was launched into allegations against Yılmazer and other police officers. Yılmazer is expected to be summoned by the prosecutor for interrogation in the coming days.

Yılmazer was assigned director of the Istanbul Police in charge of the intelligence department in 2007. He was the one behind the major operations against suspects in the Ergenekon case.

Hanefi Avcı, a former police chief who wrote a book on the Gülen Movement's infiltration of the police force, has claimed that Yılmazer was "untouchable" and even then Istanbul Police Chief Celalettin Cerrah was not able to remove Yılmazer, who Avcı described as "having social and psychological problems." Avcı implied that Yılmazer was assigned to the position of intelligence director by the Gülen Movement.

Lawyers for Prime Minister Erdoğan filed a lawsuit against Yılmazer on charges of slander and insult after Yılmazer told the media that Erdoğan personally ordered the arrests of suspects in the Ergenekon case, including former army chief İlker Başbuğ, generals Hurşit Tolon, Engin Alan and journalist Ahmet Şık.

The Ergenekon trial was launched in 2008 after more than 200 people, including military generals, journalists, academics and other prominent names, were indicted for plotting against the government. Ergenekon was the name of a secret terrorist organization the defendants were running, according to the prosecutors. A large number of defendants were released in March after the abolition of the Specially Authorized Courts overseeing the trial and restrictions on lengthy pre-trial detention of suspects. The Gülen Movement is accused of imprisoning its critics, using fabricated evidence in relation to the trial, as well as other similar cases.