23 injured in Syria brought to hospitals in Turkey 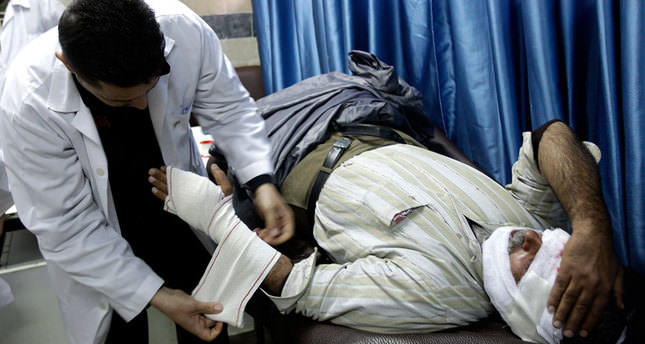 by AA Apr 05, 2014 12:00 am
HATAY, Turkey — Clashes between the Syrian regime and opposition fighters in the northwest of the country have left 23 people injured across a Turkmen-populated region of Latakia, Bayir-Bucak, on Saturday.

In the last 24 hours, the wounded have been taken to hospitals in Hatay, a Turkish border city, for treatment.

The clashes focused on the Turkmen-inhabited region after opposition forces seized a key town, Kesab.

More than 100,000 people have been killed during the three-year civil war in Syria, which has also internally displaced more than 6.5 million people, according to the UN. Over 2 million are registered as refugees in neighboring Turkey, Lebanon and Iraq.