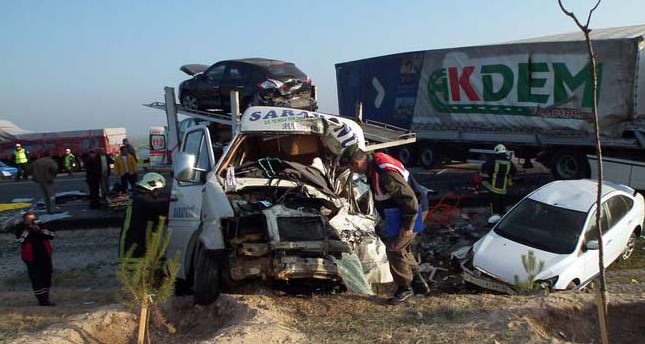 by AA
Apr 09, 2014 12:00 am
ANKARA — At least nine people were killed and several wounded in a traffic accident in Konya, a city in central Turkey early on Wednesday.

The accident occured on the Konya-Afyonkarahisar highway when a truck collided with a minibus carrying people.

According to the initial reports, nine people died at the scene and many have been injured.

Four of the wounded people are in critical condition and have been taken to several hospitals in Konya.
Last Update: Apr 09, 2014 2:37 pm