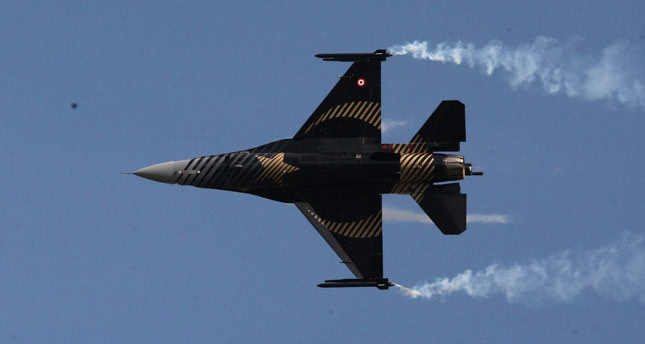 by AA
Apr 09, 2014 12:00 am
ANKARA — Two Turkish F-16 fighter jets followed a Russian reconnaissance plane that was flying parallel to the Turkish coast in international airspace.

The General Staff said on its website Tuesday that an IL-20 type reconnaissance jet had flown near Turkey's Black Sea coastline and the Turkish Air Force responded by sending two F-16 fighter jets to intercept it.

In other action, two F-16s were scrambled and directed toward the border region after a Syrian MI-8 helicopter approached Turkey's airspace.

The Syrian aircraft left the area without violating Turkish airspace.

Tensions in the area have remained high since Turkish forces shot down a Syrian warplane for entering its airspace on March 23.