2 injured after attack on Turkish Embassy in Somalia 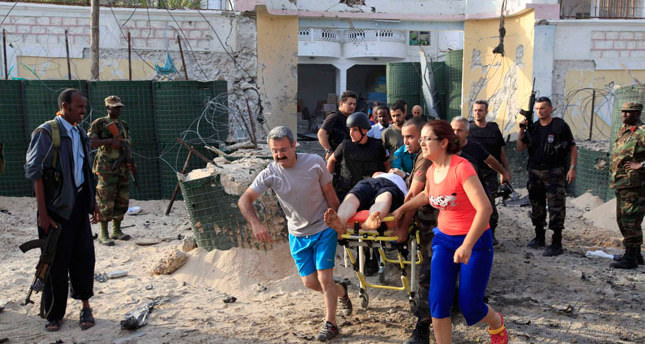 by Arif Söztutan Apr 10, 2014 12:00 am
MOGADISHU, Somalia — After a missile attack on the Turkish Embassy that is under construction in the capital of Somalia, Mogadishu, two Turkish workmen were badly injured. The Turkish workers are to be brought to Turkey for treatment with an ambulance aircraft.