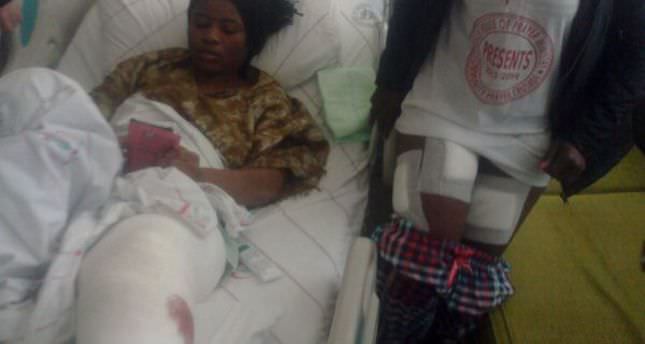 by Mustafa Kaya Apr 11, 2014 12:00 am
ISTANBUL — Four Liberian nationals were injured in a racially motivated attack in Istanbul on Thursday. Deddeh Simmondis, Patience Roberts, Blessing Vinton and Bemore N. Toe were in Istanbul for business.

While they were at a cafe in city's Mecidiyeköy district on the European side, a gunman approached the three women and one man. Shouting "I hate n......" The suspect fired twice at each victim, injuring all in the leg. Victims were hospitalized and are in stable condition. Turkish police launched an investigation into the shooting. The suspect remains at large. Simmondis said they were drinking coffee when the man came to their table and shouted the racial epithet. "He pointed his gun to our legs and started firing,"