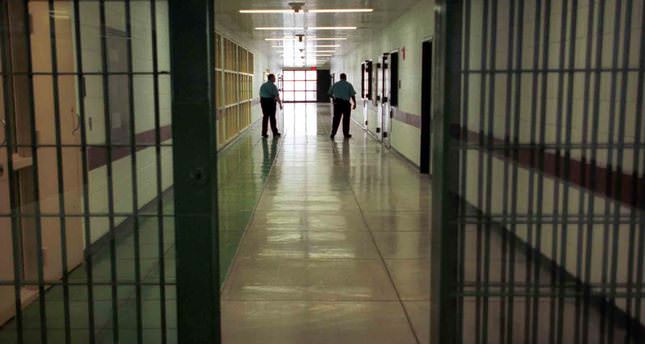 by daily sabah
Apr 13, 2014 12:00 am
ISTANBUL — The Ministry of Justice has announced plans for the construction of a prison exclusively for lesbian, gay, bisexual and transsexual (LGBT) convicts. Responding to a question from an opposition lawmaker about the situation of LGBT prisoners, Minister Bekir Bozdağ said prisoners are assessed upon entering a prison when they can declare their sexual orientation.

He added that they were currently segregated for their own safety in the prison and often placed in the same ward. Bozdağ noted that the prison administrations ensured those convicts are not placed with heterosexual prisoners in shared spaces such as social facilities. Bozdağ announced that the ministry had a project to set up a prison exclusively for LGBT convicts.

LGBT prisoners will be guarded by "pink wards"

Turkey recently introduced new regulations regarding LGBT prisoners for setting up so-called "pink wards." Previously, those convicts, particularly transgender individuals, were placed in women's or men's wards based upon the assessment of prison authorities.

No statistics are available for 2014 about the number of LGBT prisoners but according to the figures provided by the Ministry of Justice in April 2013, there are 81 convicts who openly declared their sexual preference to prison authorities. However, the actual number of LGBT prisoners is likely higher as most convicts fear revealing their sexual identity due to the risk of abuse.

Italy has become the first country to open a prison exclusively for transgender convicts in 2010. In other countries, LGBT prisoners are often imprisoned together with heterosexual prisoners or held in segregated isolation.