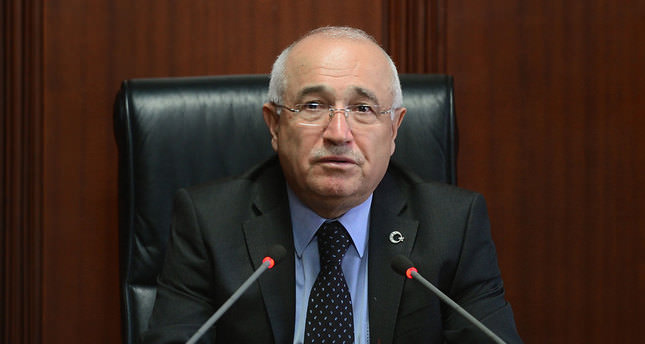 by AA Apr 15, 2014 12:00 am
ANKARA — The claims of Armenian genocide were on the agenda for a meeting held between Turkish Parliament Speaker Cemil Çiçek and U.S. House of Representatives Speaker John Boehner in the Turkish capital of Ankara on Tuesday.

Çiçek said that the world's parliaments should focus on the present and the future, whereas history should be left to the historians. He stressed, referring to the Armenian genocide claims, "We are ready to confront our history."

House Speaker Boehner also drew attention to the approved bill regarding the 1915 incidents, adding that the Senators involved are law-makers and not historians. Pointing to his 24 years-duty at the U.S. House of Representatives, Boehner said that Armenian genocide claims have added to the agenda of House of Representatives from time to time.

"Our Congress will not get involved in this issue, we are not writing history, we are also not historians," said Boehner.