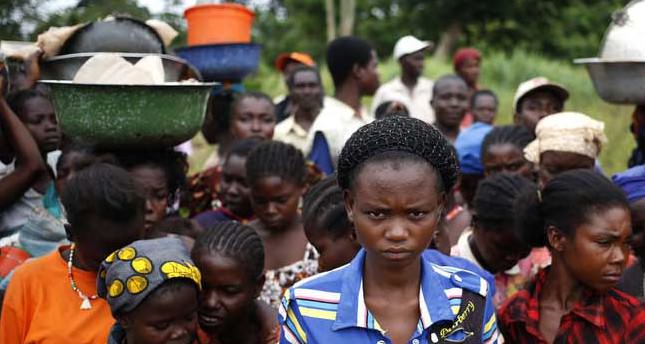 by AA
Apr 15, 2014 12:00 am
ISTANBUL — A group of Turkish Islamic NGOs has gathered in Istanbul to announce an action plan for the war-torn Central African Republic (CAR). The landlocked country is suffering an ongoing humanitarian crisis due to inter-communal violence between Muslims and Christians in the country.

The 'Humanitarian Aid Platform', which consists of 24 Turkish aid groups, has said it will firstly deliver humanitarian assistance to refugee camps in CAR.

General secretary of the Union of NGOs of The Islamic World, Ali Kurt, told reporters that Muslims in CAR were facing a "genocide Rwanda has faced before". He claimed that armed groups had systemically attacked innocent people, slaughtered scores because of their Muslim identity, and had demolished mosques and homes.

The president of Doctors Worldwide, Kerem Kınık said the foundation will focus on the medical aspect of the campaign, providing basic health services in CAR.

A mineral-rich, landlocked country, CAR descended into anarchy one year ago when Seleka rebels – said to be mostly Muslim – ousted Christian president Francois Bozize, who had come to power in a 2003 coup.

According to the UN refugee agency (UNHCR), around 173,000 people have been internally displaced since last December, while 37,000 others have fled to neighboring countries.