At least 6 dead as migrant boat sinks in Aegean Sea 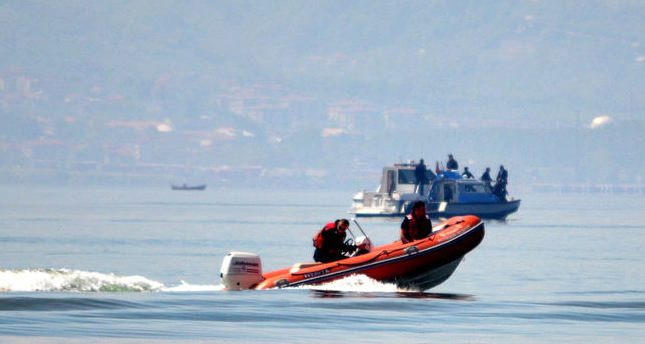 by Anadolu Agency
Apr 16, 2014 12:00 am
İZMİR — At least six people drowned, three got injured and seven went missing when a boat carrying the migrants to the Greek islands sank off the Menderes district of western Turkey's İzmir province yesterday.

Immigrants, all of them Syrian nationals, were about four kilometers away from the Turkish coast when their boat sank. The Coast Guard launched a search and air and sea rescue operation. A four-year-old child was among the casualties.

The Aegean Sea, which lies between Turkey and Greece, is a popular route for illegal immigrants from third world countries seeking to reach Europe. Risking their lives, the migrants pay large sums to human traffickers in Turkey to help them travel to Greece. They often end up drowning or rescued at the last minute as most immigrants are forced to travel in crammed, shoddy boats. In July 2013, 24 illegal immigrants drowned when their boat capsized off the coast of the western Turkish province of Çanakkale.

The country signed a readmission agreement with the European Union last year that stipulated Turkey will take back immigrants who illegally entered European Union member countries from Turkish territory before their deportation to their home countries. Under a new regulation implemented yesterday, the country will set up new "readmission centers" for illegal immigrants and increase the capacity of existing detention centers for immigrants.