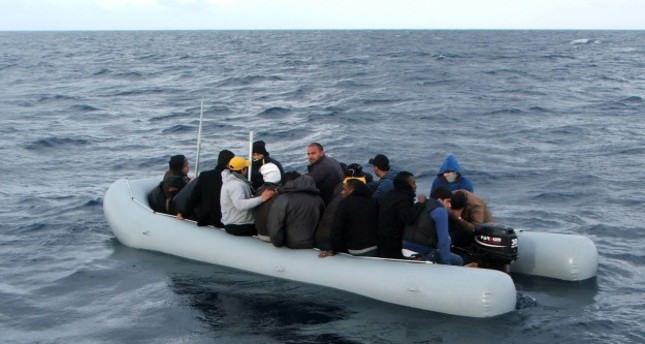 by AA
Apr 17, 2014 12:00 am
IZMIR — At least eight people drowned and Five were injured in a boat carrying fourteen Syrian migrants sailing illegally for the Greek islands, it sank off the Menderes district of Turkey's western Izmir province Wednesday, officials said.

Five people were injured while one person remains unaccounted.

The latest bodies recovered by the Aegean coast guard command were that of a five-year-old girl and her mother.

The Coast Guard Command is continuing its search and rescue efforts sea and the air in the Turkish coast to find the missing one.