Turkish Imam to rock the US 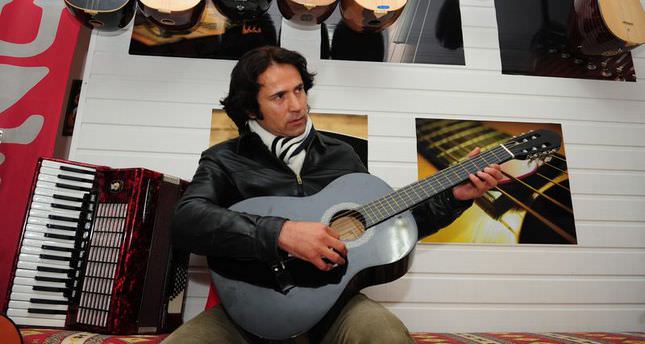 Ahmet Muhsin Tüzer, the imam of a small village on the Aegean coast of Turkey, will join composer Catherine Christer Hennix's group on a tour of the U.S., with the first concert scheduled for April 23

ISTANBUL — Ahmet Muhsin Tüzer, the official imam of Pınarbaşı Village in Antalya's Kaş district, is setting his sights beyond Turkey. Tüzer recently received a soloist offer in the music group "The Chora(s)san Time-Court Mirage" founded by composer Catherine Christer Hennix and traveled to the U.S. to prepare for a concert tour. Tüzer previously played alongside late musician Erkin Koray and organized a rock group "FiRock" last May with the founder of "Kramp Group"

Doğan Sakin and drummer İdris Tübcil. "The Chora(s)san Time-Court Mirage" is putting on a concert at the opening ceremony of the "Ultima Festival New York" at the Issue Project Room, New York on April 23. Tüzer is expected to recite the adhan - the call to prayer - the Jummah salaa - a reminder call for Friday prayer - and some sections of the Quran with drone music. Tüzer is also expected to perform the world premiere of Hennix's piece "Blues Alif Lam Mim in The Mode of Rag Infinity/Rag Cosmosis" in the upcoming concert, which will be recorded and released as a single. The concert orchestra will include Amir El-Saffar, Robin Hayward, Paul Schwingenschlögl, Hilary Jeffery, Elena Margarita Kakaliagou and Stefan Tiedje.

Noting that he will not perform his own songs, Tüzer continued, "I believe this concert will positively contribute to my music career with different experiences. I am going to vocalize Islamic values including the adhan with the maqam saba, the salaa with maqam hussaini and some sections of the Quran accompanied by drone music. It will be an important concert to promote and popularize Islam. I will proudly represent Islam, Turkey and Turkish Religious Affairs."